In August 2019, Play store will require that new apps and app updates with native libraries provide 64-bit versions in addition to their 32-bit versions.

I have a React Native application (which includes native code). My question is how can I know whether a third party library I’m using or even my own code is not supporting 64-bit? And how can I fix it? 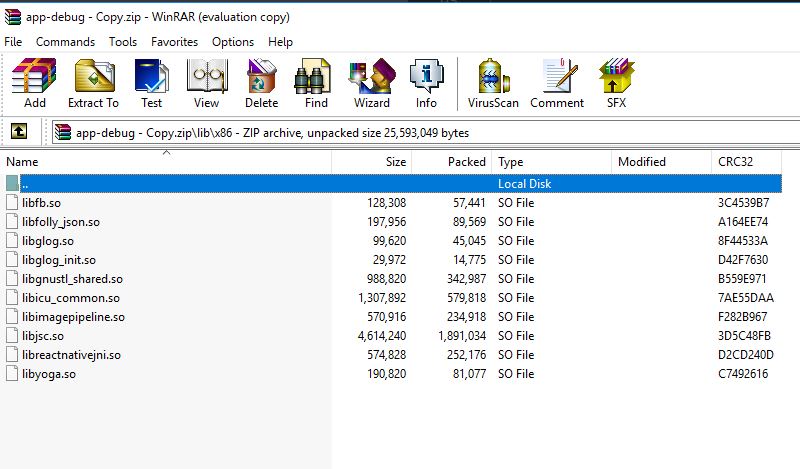 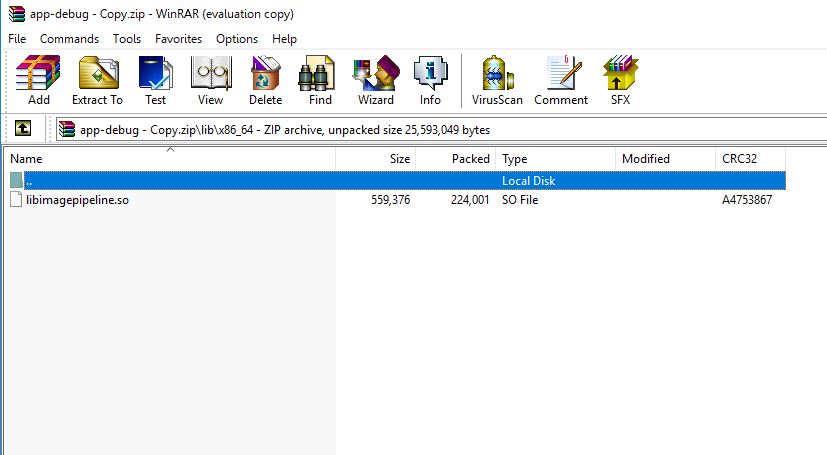 All of the native code for an app is stored in the libs/ directory in the root of the apk. eg for compiled ARM or x86 code, you can find it in libs/architecture_type/lib_name.so.

An APK is essentially just a zip file so you can extract it with any zip tool.

The list of architectures (ABIs) is here. If you don’t have directories for arm64-v8a or have x86 but don’t have x86_64 then you are missing the 64 bit native code.

Facebook seems to be dragging their feet on supporting 64 bit builds.

You can check the intermediates in the build folder to see what abis you are supporting.

Android takes the lowest common denominator of build abi. This is going to become an issue if Facebook doesn’t address it soon.