android – Communicating between a fragment and an activity – best practices-Exceptionshub

This question is mostly to solicit opinions on the best way to handle my app. I have three fragments being handled by one activity. Fragment A has one clickable element the photo and Fragment B has 4 clickable elements the buttons. The other fragment just displays details when the photo is clicked. I am using ActionBarSherlock. 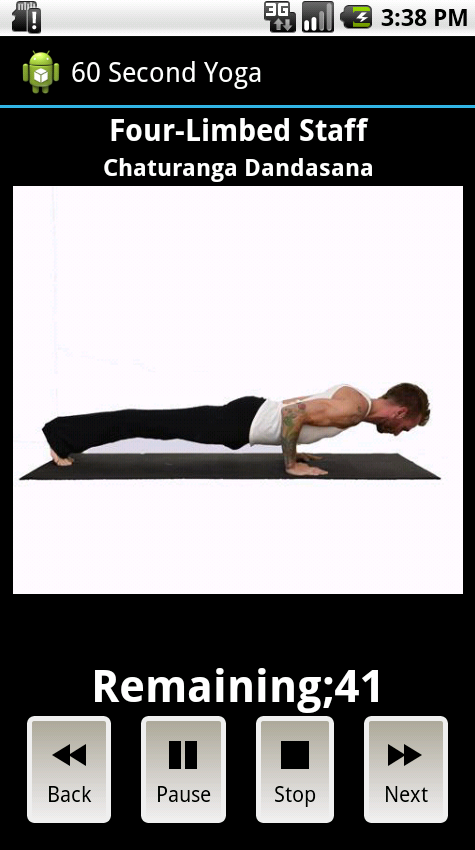 The forward and back buttons need to change the photo to the next or previous poses, respectively. I could keep the photo and the buttons in the same fragment, but wanted to keep them separate in case I wanted to rearrange them in a tablet.

I need some advice – should I combine Fragments A and B? If not, I will need to figure out how to implement an interface for 3 clickable items.

I considered using Roboguice, but I am already extending using SherlockFragmentActivity so that’s a no go. I saw mention of Otto, but I didn’t see good tutorials on how to include in a project. What do you think best design practice should be?

I also need help figuring out how to communicate between a fragment and an activity. I’d like to keep some data “global” in the application, like the pose id. Is there some example code I can see besides the stock android developer’s information? That is not all that helpful.

BTW, I’m already storing all the information about each pose in a SQLite database. That’s the easy part.

The easiest way to communicate between your activity and fragments is using interfaces. The idea is basically to define an interface inside a given fragment A and let the activity implement that interface.

Once it has implemented that interface, you could do anything you want in the method it overrides.

The other important part of the interface is that you have to call the abstract method from your fragment and remember to cast it to your activity. It should catch a ClassCastException if not done correctly.

There is a good tutorial on Simple Developer Blog on how to do exactly this kind of thing.

I hope this was helpful to you!

The suggested method for communicating between fragments is to use callbacks\listeners that are managed by your main Activity.

I think the code on this page is pretty clear:
http://developer.android.com/training/basics/fragments/communicating.html

You can also reference the IO 2012 Schedule app, which is designed to be a de-facto reference app. It can be found here:
http://code.google.com/p/iosched/

Also, here is a SO question with good info:
How to pass data between fragments

It is implemented by a Callback interface:

First of all, we have to make an interface:

In the Activity do the following code:

from the event from where the callback has to fire in the Activity:

In the Fragment implement the interface in CreateView do the
following code:

To communicate between an Activity and Fragments, there are several options, but after lots of reading and many experiences, I found out that it could be resumed this way:

The ViewModel case, makes things pretty simpler at the end, since you don’t have to add extra logic that makes things dirty in the code and messy. Plus it will allow you to separate the gathering (through calls to an SQLite Database or an API) of data from the Controller (activities and fragments).

I made a annotation library that can do the cast for you. check this out.
https://github.com/zeroarst/callbackfragment/

It then generates a subclass of your fragment. And just add it to FragmentManager.

My suggestion is to use an event bus. Event bus is a publish/subscribe pattern implementation.

Here on my blog post you can find more detail about this pattern and also an example project to show the usage.

I’m not sure I really understood what you want to do, but the suggested way to communicate between fragments is to use callbacks with the Activity, never directly between fragments. See here http://developer.android.com/training/basics/fragments/communicating.html

You can create declare a public interface with a function declaration in the fragment and implement the interface in the activity. Then you can call the function from the fragment.

Then inside any fragment to show the foo fragment: