I have checked all the solutions, comments and answers of all other questions in StackOverflow.

I have been running, compiling and debugging my app for months. But suddenly it started to appear this message in my Eclipse when using my Nexus to play with it.

So, I’m not debugging with virtual machine / emulator. I have a Nexus no-rooted with no trace of the application, and I can not build the app from Eclipse to the device.

I had the same issue in my non-rooted Nexus 5. I managed to solve it without root access nor Factory reset.

For this device, I managed to solve it by going to Settings -> Storage -> Misc and try to delete any files related to the faulty app (in my case, an .apk that was pushed from Android Studio and a .db file). I also clicked on Cached data to wipe the cache for all apps.

I don’t know exactly which of the two things triggered the solution. You probably want to try to delete some files in Misc before wiping the cached data, since it seems less of an overkill.

It seems to be that there were some remaining files from a previous installation which weren’t wiped with the uninstall (probably an issue in the Android installation system). These files aren’t accessible without root access, since they are under the /data/local/ folder. Apparently the Storage tools for the Nexus 5 have permission to delete files under that folder.

I don’t know whether other devices have a similar set of storage tools.

Downloading app from play store will resolve the issue.
To continue development on the app, uninstall the currently installed app and just launch the app from eclipse.

This may seem odd, but my pointy-haired boss just had this issue and tried everything we could think of. Just would NOT install due to the INSTALL_FAILED_UID_CHANGED error.

He uninstalled some other apps (games) and suddenly it would install. Maybe it is an issue of disk space on internal card? Dunno, but worth a try when someone else hits it.

First time this happened I tried installing from eclipse, from command line etc….
Everything failed so I did a factory reset which then worked.

Not wanting to do another factory reset, I tried all the same things again to no avail.

Lastly I tried downloading our current app from the appstore, which miraculously worked.

I then used adb to reinstall.

So if you have a version of your app in the app store, try installing that to get something on your phone, then do a reinstall “adb -d install -r $PACKAGE.apk

Hope this helps someone.

This (or some other magic) helped me:

I can solve this like below without rooting on my Nexus 5.

Here are some other things to check/try that are safe to do:

Try deleting Cached Data under Settings -> Storage, this will clear all cached App data at once, but it does the job (in my case)

This is because of if you have install the app with same package name. So try to remove that one.

I could only fix this by rooting. I know you don’t want to do that, but it worked for me. I downloaded Titanium Backup then found my uninstalled app crossed out in the list on Titanium Backup. I couldn’t get rid of that crossed out one until I went to Batch Actions then Remove orphan data. That allowed me to re-install my app and it worked well.

This worked for me:

I had this exact same problem. What finally worked for me was to change the applicationId (your package name) in build.gradle to something different, then rebuild the project, and voilà, successful deployment.

What led to this situation was that I’d copied an existing Android Studio project into a new one, and was working off of that new one. The thing is, I’d never deployed the original apk on my device before, and was only trying to deploy the new copy of the app.

I was using a device that was just for testing, so I just reset the whole device. It worked for me anywho.

I tried all above and NADA!

the ONLY way it works for me (NON ROOTED DEVICE) was:

2.- Refactor package name of the project to the SAME NEW NAME you used on Application Id: ‘com.example.somethingxx’

This will ensure you are installing a new App on the device… let me know!

This solution worked for me:

For no root Device you need you need to delete the app from the app list in the device:

In my case changing the package name of the GCM signature worked. since it uninstalls the complete package.

Package name of the project changed to :

and then I reverted back to the actual package name 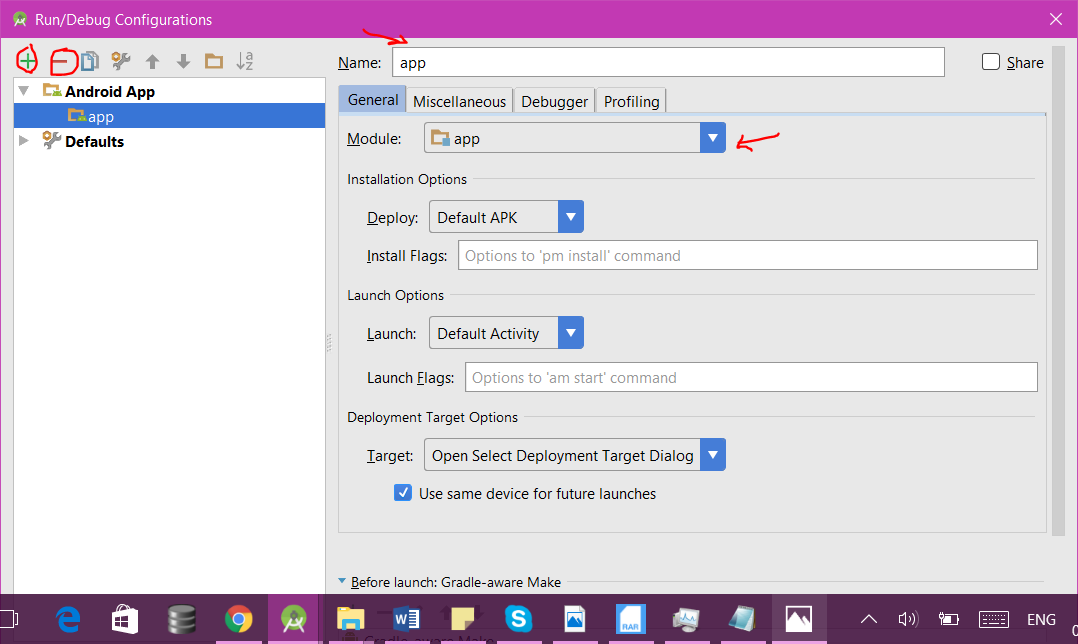 For me the only way was to root the phone and clear /data/data/ directory. Here are the steps: