After googling quite a bit I am unable to find the answer to this question. Is google play store officially support in avd emulators.

I know it was once stopped , then I hear that it was brought back after specific version of android. I am using avd android version 4.4.3 (api 19) google app . I dont see a google play store app there. Am I suppose to expect it? Or is there an official apk for google play store that can be installed on the avd officially?

Starting from Android Studio 2.3.2
now you can create an AVD that has Play Store pre-installed on it. Currently, it is supported on the AVD’s running

For other emulators, you can try the solution mentioned in this answer.

The Google Play Store is now officially preinstalled the Android Emulator. Make sure you are running the latest version of Android Studio 2.4. In the Android Studio AVD Manager choose a virtual device configuration that has the Google Play store icon next to it, and then select one of the system images that have the label “Google Play”. See this release note: https://androidstudio.googleblog.com/2017/04/android-studio-24-preview-4-is-now.html 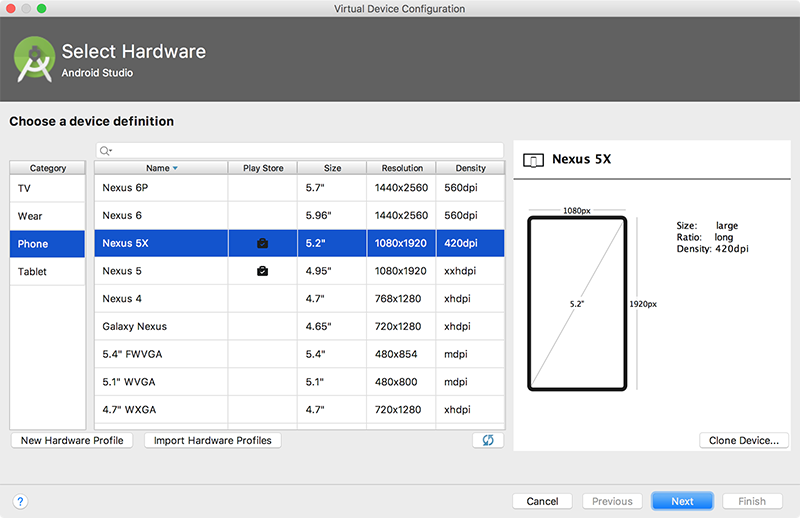 Yes, you can enable/use Play Store on Android Emulator(AVD):
Before that you have to set up some prerequisites:

[Note: Please keep all other thing as it is, if you are going to
install it for first time] Or Install as the image below:

Check you have provided following option correctly. Not sure about internal and SD card storage. You can choose different. And Target must be your downloaded android version

There is no google play store in avd emulator. But you can install it manually.

Recently I’ve just tried to do it by myself and you can find detailed tutorial on my blog: http://linuxoidchannel.blogspot.com/2017/01/how-to-install-google-play-store-on.html

If using the command line, you’ll need to use one of the packages listed with

Once that is installed you can use the appropriate package in

Replace google_apis_playstore;x86_64 with the package you installed

When you create a virtual device from Android Studio pay attention to the Play Store Column in the device table. The devices with the play store icon in that column come with google play pre-installed.

Worth mentioning that on the system images that come with google play root is not available. 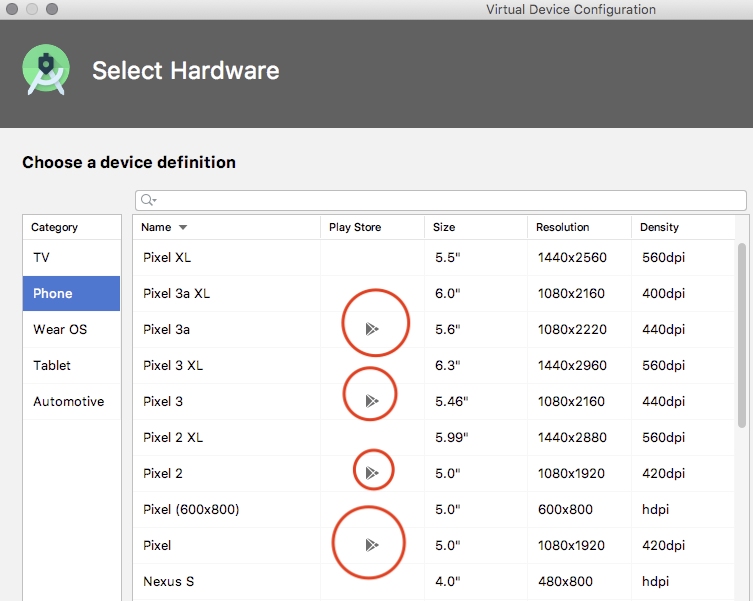 Edit: It’s now supported in modern versions of Android Studio, at least on some platforms.

If you’re using an old version of Android Studio which doesn’t support the Google Play Store, and you refuse to upgrade, here are two possible workarounds: