I have the following problem.
I’m trying to make an app that locks the screen. The method via DevicePolicyManager works very well. So far so good. But when I lock my phone with DPM the fingerprint unlocking method is disabling and I have to enter my pattern (or PIN or whatever I set) to unlock the phone. If I lock it the normal way (ie with power button) the fingerprint unlocking works.

So my question is
How to lock the screen programmatically and be able to unlock it afterwards via fingerprint?

PS: I have an galaxy s5 mini with marshmallow lineage os

That is the normal flow. It takes the device to restarted state where the device will ask for a pattern or password. Google have not provided any api for this. You can check any app in PlayStore which has locking feature will behave like this.

Edited:
For the below queries you have asked response is shared here

I think you need to search for how to lock with app shortcut and not with power button. Atleast I could help to this level.

What it actually does is that it sets the screen to complete black i.e. soft lock (which gives user a false impression of screen off) and then after 5-10 seconds the display actually goes off due to time-out.

other app which implemented the same functionality OFF+ (Screen Off / Fingerprint unlock support).（I guess it modifys “lock screen timeout”）

If the phone is rooted then a shell command can be executed to simulate the power key su input keyevent 26 but there might be a fraction of delay.

well, if some root user is looking, there’s also a xposed module which solves this issue FingerprintEnabler

I would like to add some points to the JerryGoyal’s excellent answer.

Below is the screenshot from Microsoft Launcher which shows the two ways to lock the screen. It clearly states that the method via Device Policy Manager will not work with fingerprint.

A work around is done by showing a black screen until the screen times out.

In the next screen it asks for permission to Modify system settings to alter the screen timeout period. 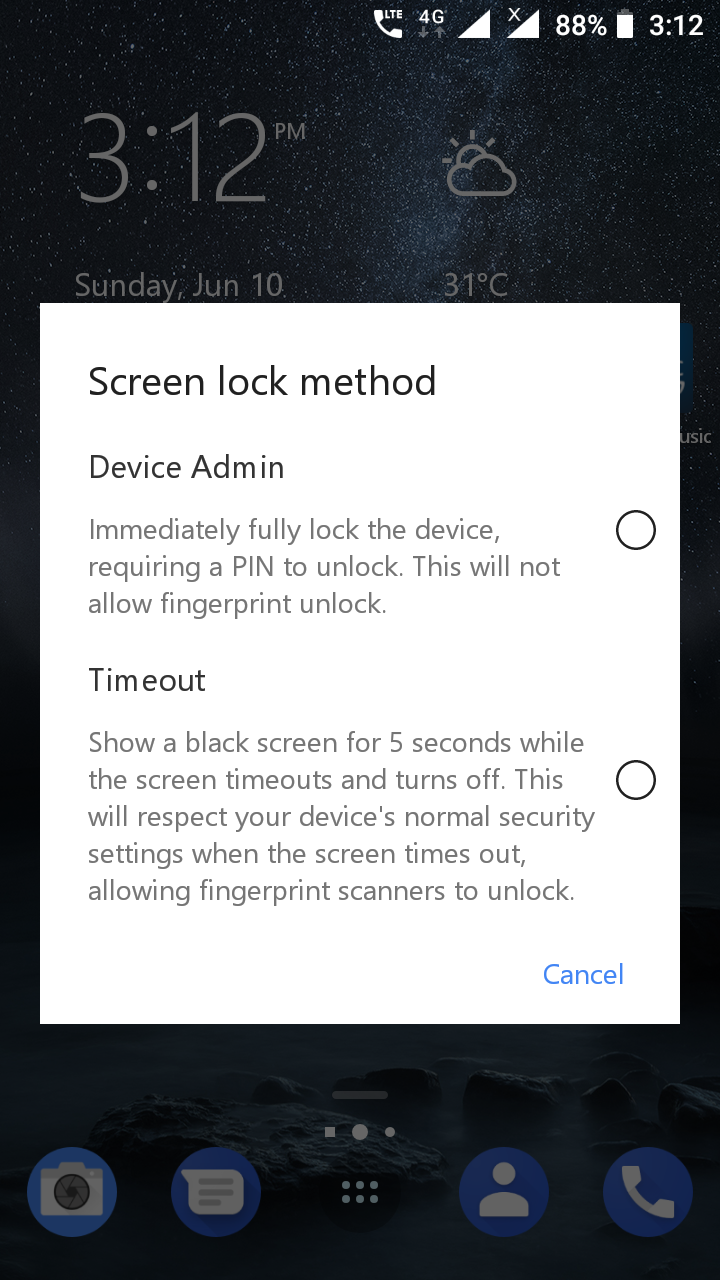