How to install android-ndk. I have set path for the ndk, but still while executing “ndk-build” command i am getting error. fya i am using windows operating system.

It worked for me by:

Well, I encountered thesame problem, I got mine fixed by adding the ndk path to the “path” variable’s value in the environment variable(System variable) which left my “path” variable like this 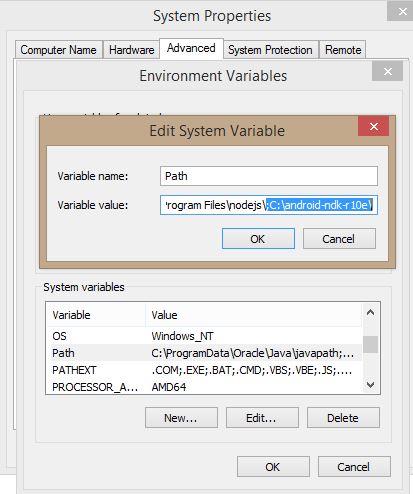 The highlighted path is the path to where i have my ndk extracted. (The semi colon indicates the end of a path).

Though i have tried the option of adding NDK_HOME or ANDROID_NDK_HOME with path to my ndk as value, which doesn’t work, I guess those variable are for apps that uses them probably while getting System property,variables or so. But this will work with command prompt

Which error message are you exactly getting?

You will probably need to go through the documentation (http://developer.android.com/tools/sdk/ndk/index.html#Installing or docs/INSTALL.html, from NDK’s installation folder), but, to start off, try answering these first simple basic questions:

Hope that answering to those might got what you needed. If not, let me know.

before execute the command you should go to the directory of what you want to build.

Set path on system variables only not on current user variable: 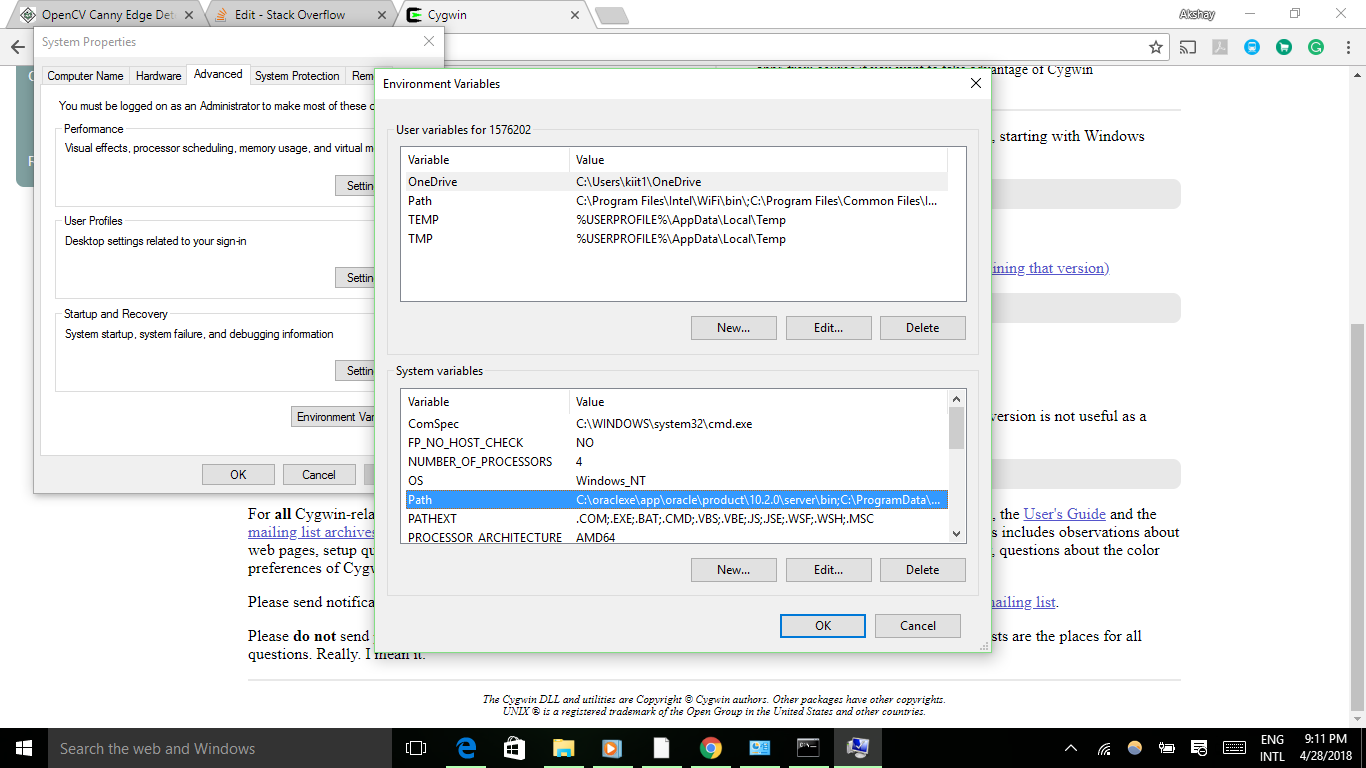 I have faced same problem, and solved it.