I cannot find either one of these two views in the source, but have seen them both in many apps. Can anyone please tell me what they are called? 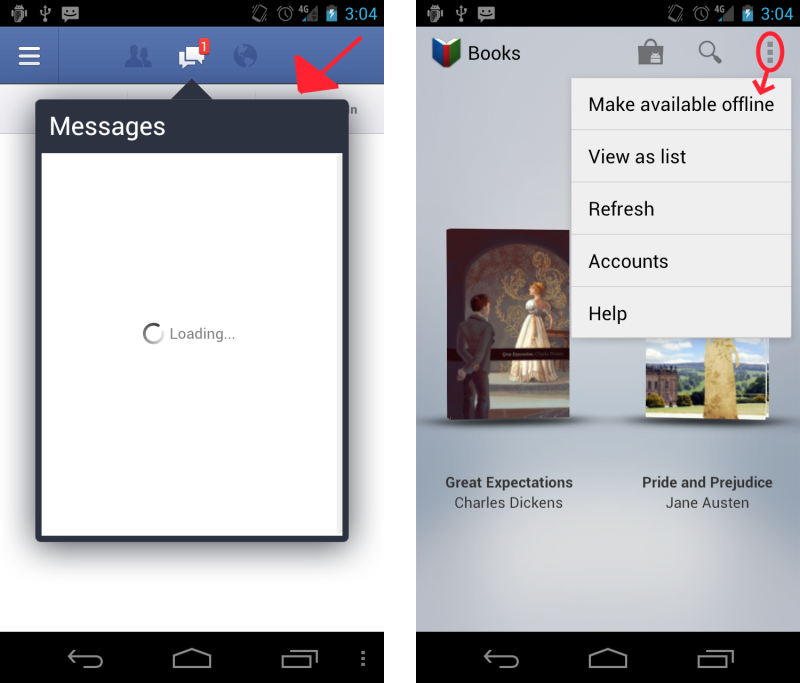 The second one is an options menu from the action bar. I think it is implemented as a ListPopupWindow.

The first one is not part of the Android SDK, though there are various implementations floating around. Here is an example of one designed for use with Google Maps, for example. Here is one designed for the “quick actions” pattern.

I’m going to assume that they’re custom made ones, so you won’t find them in the standard Android libraries.

The second one I think is just the way that the default menu looks in ICS (and honeycomb for that matter). If you build for 4.0 and include the code for an options menu I think you’ll get that UI by default. If you are looking to customize it check out this page http://developer.android.com/guide/topics/ui/actionbar.html and pay close attention to the “Adding drop down navigation” section.

The first one is not a part of the android UI, that is something specific to the facebook app.

Previous article
How to integrate ZXing api with front camera in android?
Next article
android – What is triggering this Exception instance: "java.lang.IllegalArgumentException: The observer is null." and how could it be avoid?