Android SDK folder taking a lot of disk space. Do we need to keep all of the System Images?

There are a lot of system images piling up on my disk in the android sdk folder. i hardly use the emulator. May be once in 6 months. Most of my development is directly on device. What i wanted to check was, will removing the system images (at least for the old APIS i.e. < 22) impact the development?

Also, the google apis folder seen below. Should i keep it for all versions or just the one in the latest suffice?

Screenshot above is from WinDirStat tool. –
https://windirstat.net

System images are pre-installed Android operating systems, and are only used by emulators. If you use your real Android device for debugging, you no longer need them, so you can remove them all.

The cleanest way to remove them is using SDK Manager. Open up SDK Manager and uncheck those system images and then apply.

Also feel free to remove other components (e.g. old SDK levels) that are of no use.

You do not need to keep the system images unless you want to use the emulator on your desktop. Along with it you can remove other unwanted stuff to clear disk space.

Adding as an answer to my own question as I’ve had to narrate this to people in my team more than a few times. Hence this answer as a reference to share with other curious ones.

In the last few weeks there were several colleagues who asked me how to safely get rid of the unwanted stuff to release disk space (most of them were beginners). I redirected them to this question but they came back to me for steps. So for android beginners here is a step by step guide to safely remove unwanted stuff.

First, be sure you are not going to use emulators and will always do
you development on a physical device. In case you are going to need
emulators, note down the API Levels and type of emulators you’ll need.
Do not remove those. For the rest follow the below steps:

In the end the clean android sdk installed components should look something like this in the SDK manager. 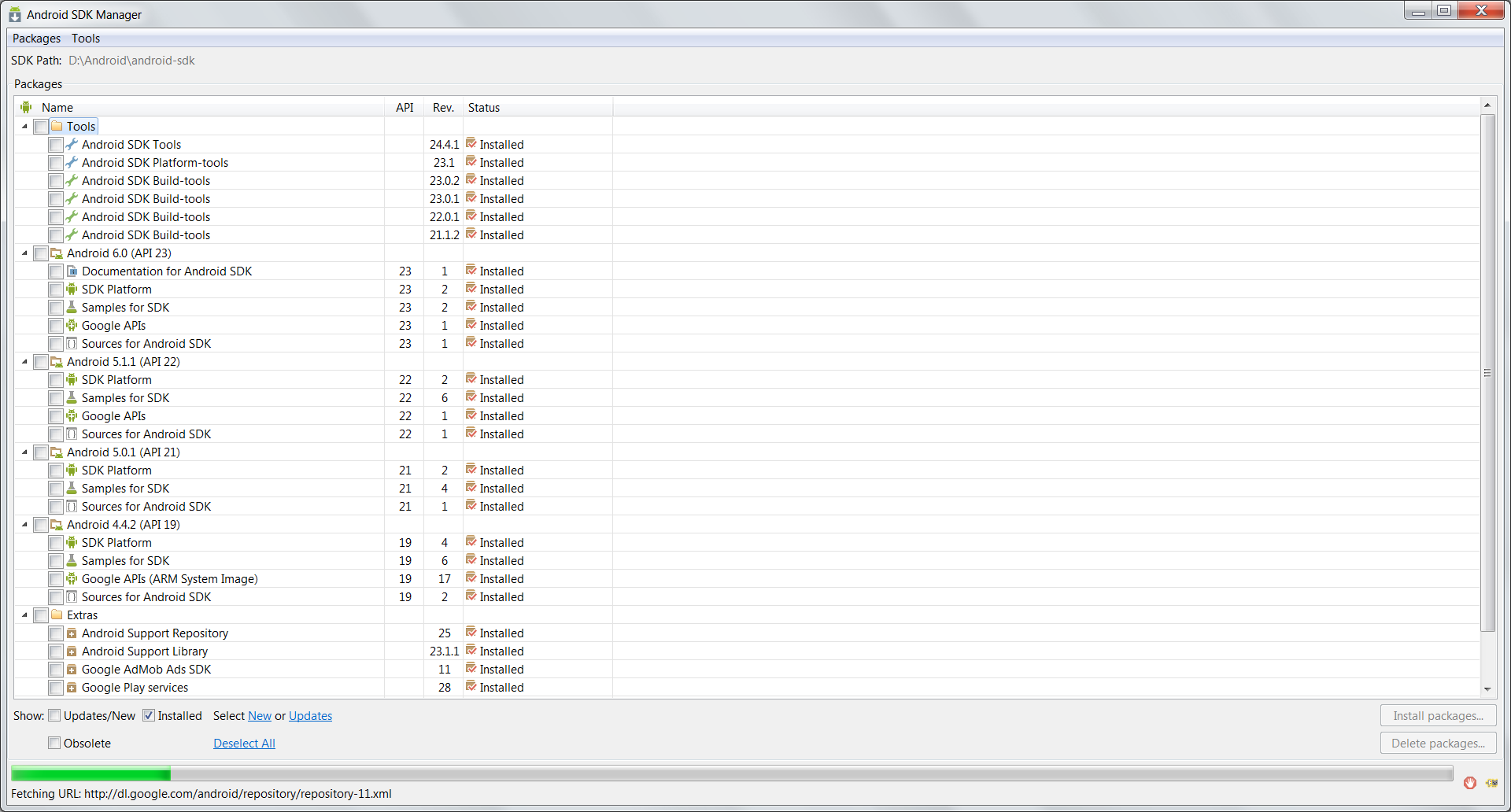 I have compressed the C:\Users\ggo\AppData\Local\Android\Sdk\system-images folder. 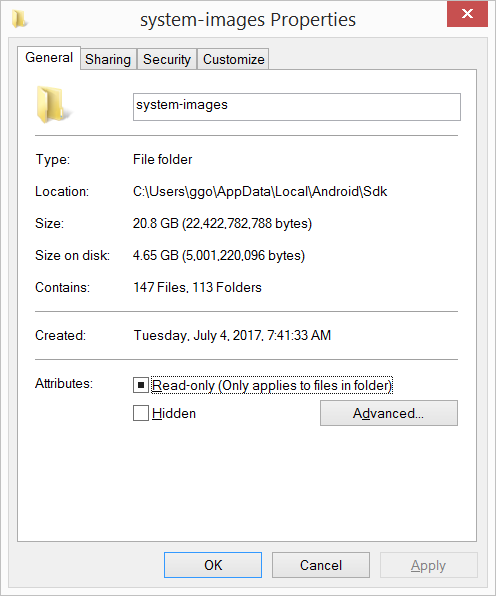 I did not encountered any problem up to now…

Compression seems to vary from 2/3 to 6, sometimes much more: 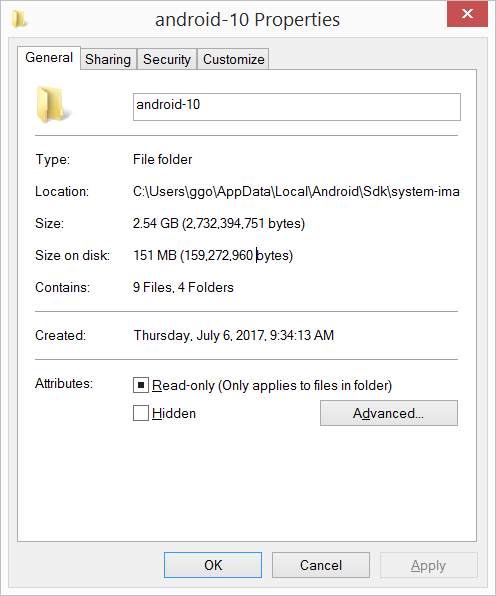 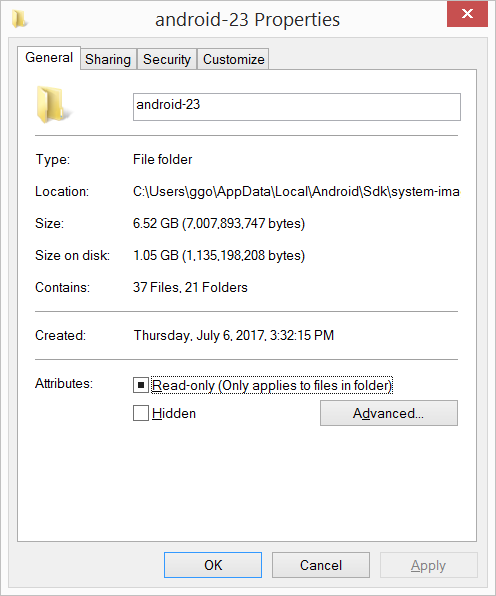 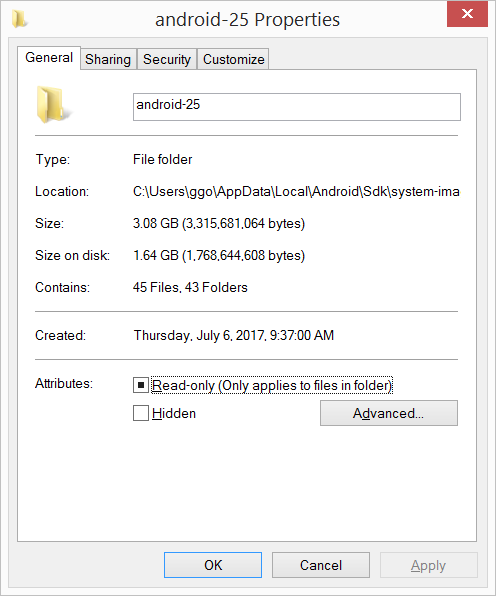 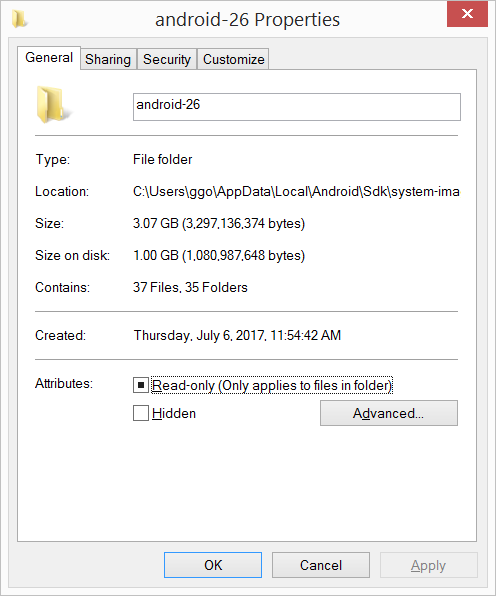 I recommend two steps to address the bloated SDK problem.

First, I removed all but two versions of Android:

Second, I removed the emulators, and kept only the above two. I told it not to store the complete system state to disk, which it does indeed warn you will take up a lot of space, though it does make start-up faster. Just start up the emulator before you go make your coffee in the morning 🙂

If that’s too much space, remove the emulators completely. Pick up a couple of older handsets off Ebay that will provide you with all the test platforms you need. They don’t even have to be completely functional — many apps don’t need a SIM and cellular connectivity, for example.

My Android environment was taking up 32 gigs on my 128-gig Macbook Air. Couldn’t keep doing this. Some day they’ll make terabyte Macbook Airs but until then, got to slim down.

There is the way to safely removed system-image

Go in SDK Manager in toolbar : 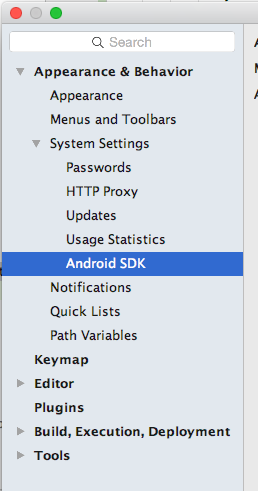 In tab SDK Platforms, uncheck which platform you want unistall : 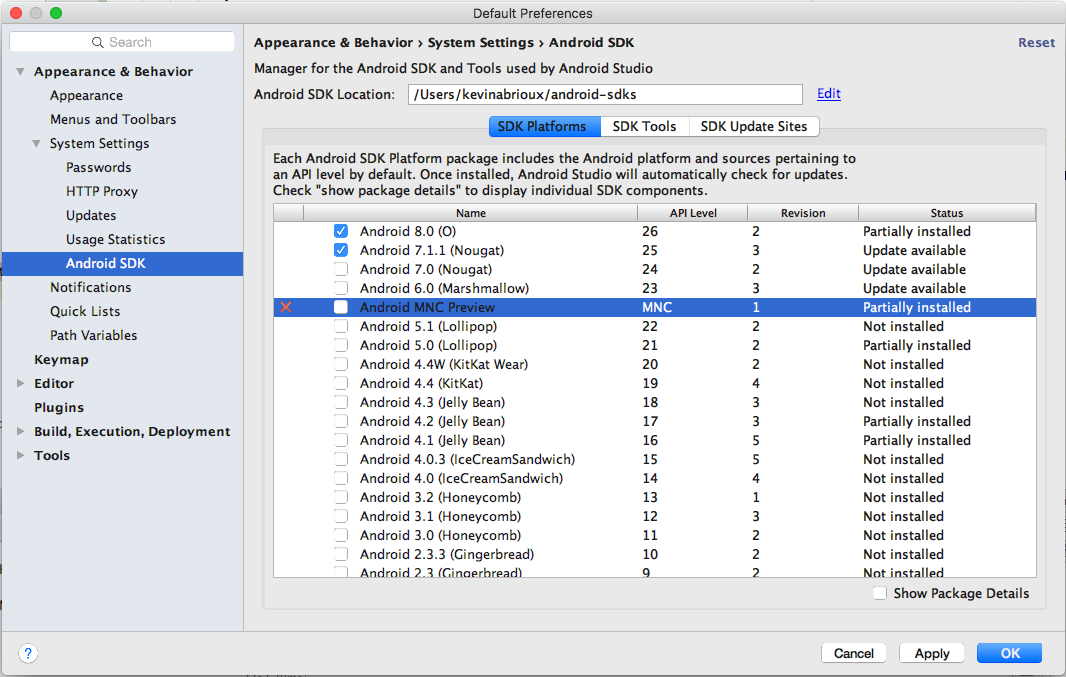 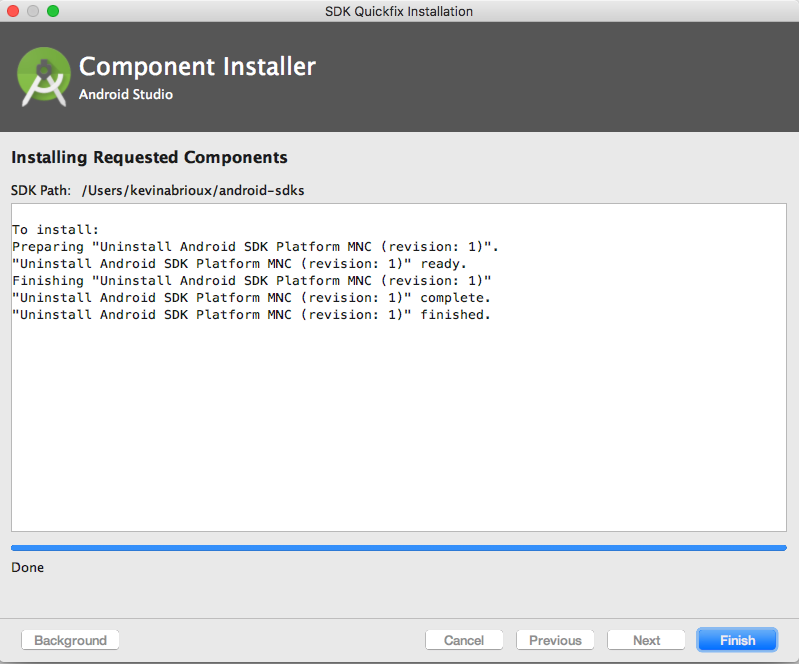 This is the minimal stuff I keep for day to day Android development (including production code). Latest versions from API 25 to API 27 (Nougat to Android P) included only, and you can work great with it. 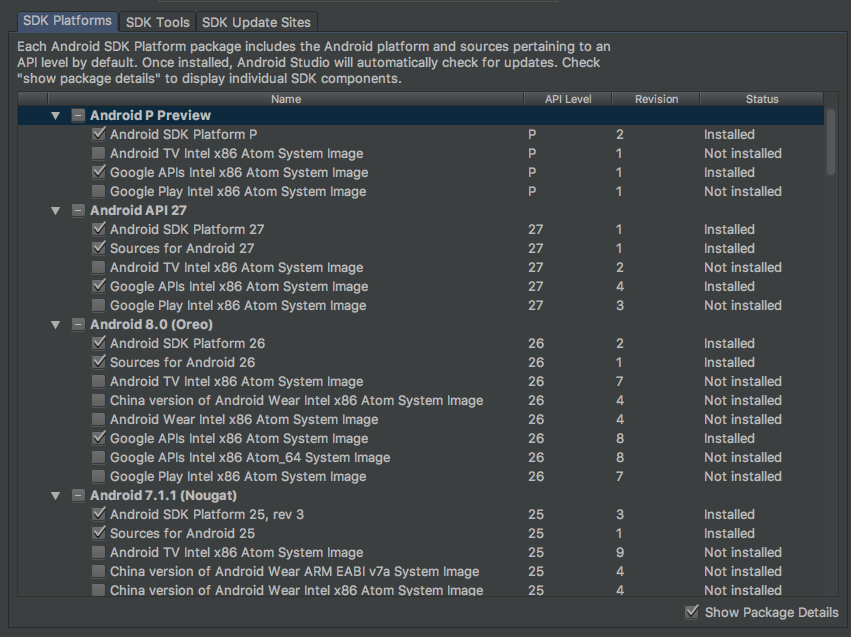 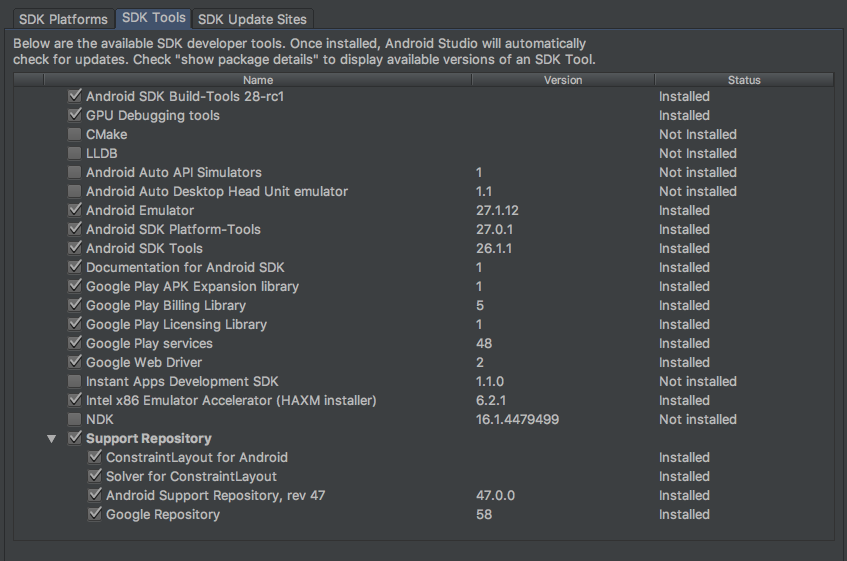 In addition to the other answers, the following directory contains deletable system images on a Mac for Android Studio 2.3.3. I was able to delete the android-16 and android-17 directories without any problem because I didn’t have any emulators which used them. (I kept the android-24 which was in use.)

In this folder there are all emulator images. If you don’t use emulator then you can delete this folder.

By deleting all emulator, sometime memory will not be reduce to our expectation.
So open below mention path in you c drive

In this avd folder, you can able to see all the avd’s which you created earlier. So you need to delete all avd’s that will remove all the unused spaces grab by your emulator’s. Than create the fresh emulator for you works.