Being new in Android devopmnet, I have been using Android Studio for development, but suddenly it doesn’t work anymore.

The program doesn’t launch anymore, and If I execute the studio.bat from Command Prompt, I get the following error:

Error: Could not find or load main class com.intellij.idea.Main

I have seen other posts about Android Studio not launching (e.g. this and this), but neither of them solve my problem. I have set PATH variables for both JAVA_HOME and JDK_HOME correctly to C:\Program Files\Java\jdk1.7.0_07

As I have mentioned, Android Studio used to work and I don’t have any idea why it has stopped working. Any clue?

For android studio 1.3.1
go to environment variable and create new variable and give it a name JAVA_HOME and in path use this C:\Progra~1\Java\jdk1.7.0_71.
I hope that can help you.

if you have just used copy paste of exe file it will show this message so go in Program Files\Android\Android Studio\bin and click on exe file.

Having JAVA_HOME set to point latest JDK version (C:\Program Files\Java\jdk1.7.0_79) will make the Android studio work. Make sure the path is correct. Seems that JDK_HOME is not needed.
can refer Installing Android Studio (Not working)

If you have recently uninstalled and reinstalled Android Studio and had previously pinned the Android Studio icon to your Task Bar or Start Menu, it may be that this icon no longer looks for the new installation.
Delete it and re-pin it and all will be fine. 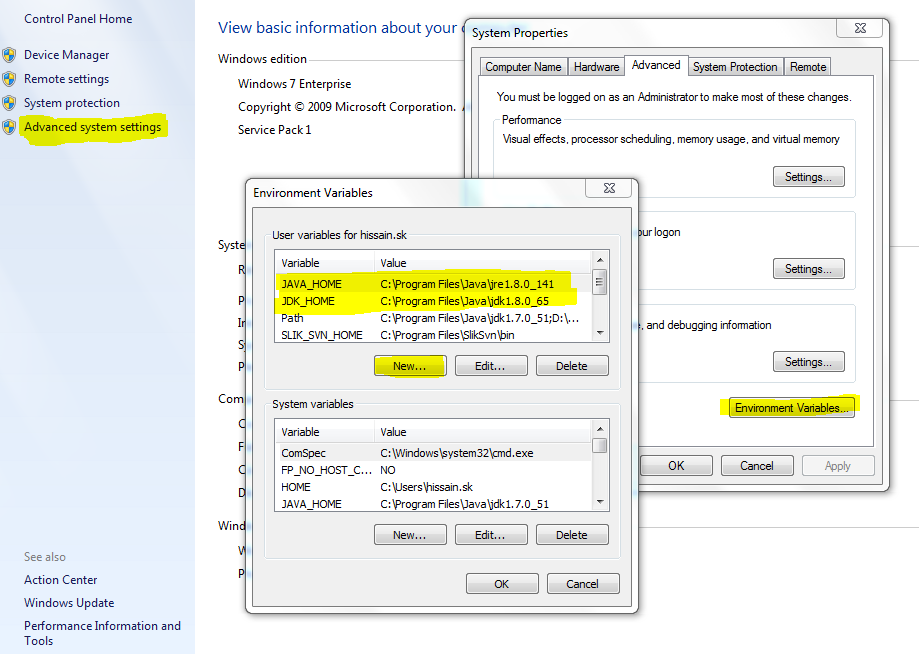 I had the same issue after updating the Android studio. I was not able to launch it from click on Android Studio icon and after running ./studio.sh it was giving me same error

I follow the below step and solved the problem.

I faced the same issue while launching the studio.exe file. The actual problem was I have downloaded the 64-bit version of Android studio. But my computer supports only 32 bit.

So I downloaded 32-bit version and installed.

Now it is working fine.

Well after searching allover the web, failed to get solution till i decided to reinstall android studio. same folder changed nothing didn’t delete anything just reinstalled and boom works as before

I found Answer: you just make wrong shortcut(just ctrl+C ctrl+v) for launchfile(exe). You must make shortcut following this method:

Previous article
opencv – How to use Android Camera in Background?
Next article
excel – Array not populating from For Loop VBA