I was working on an android application which was imported from a git repo. Recently, I noticed that the application when opened from Studio does not show src folder. All files that were in src have been transferred to the Project folder and the Manifest.xml has been sent to jar files which makes it impossible for me to read/edit it. When I checked from command, the src folder and manifest file (etc.) were in their correct places. The repo also has everything in order. I am able to open the manifest file via vim (and edit it too!) Just not from Android studio.

Does anyone have any idea what may be wrong? I’ve already updates my studio and that did not solve the issue.

In the upper-left corner of the Project tool window is a dropdown menu that lets you choose between “Project” and “Packages”, among other things. Change it to “Project”. 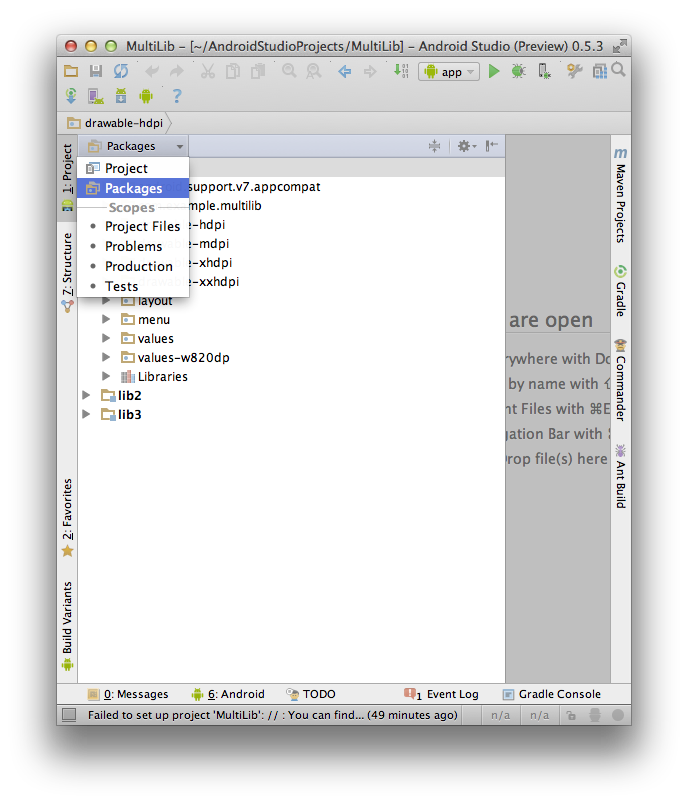 Follow what Scott Barta said, but instead of Packages I seletected Project and expanded the entries and I was able to see app/src.

Under the project directory, you should see

When you expand your project, you’ll see a few folders:

The ‘src’ folder is within that ‘app’ directory.

In the dropdown menu that Scott Barta told, you may see another item: “Android”. (My android studio version is 2.2.3 on windows) Choose this one instead of “project” or “packages”.