android – What arguments are passed into AsyncTask<arg1, arg2, arg3>?

I don’t understand what I am supposed to put in here and where these arguments end up? What exactly should I put, and where exactly will it go? Do I need to include all 3 or can I include 1,2,20?

The three types used by an asynchronous task are the following:

Not all types are always used by an asynchronous task. To mark a type as unused, simply use the type Void:

You Can further refer : http://developer.android.com/reference/android/os/AsyncTask.html

Well The structure of a typical AsyncTask class goes like :

This method is executed before starting the new Thread. There is no input/output values, so just initialize variables or whatever you think you need to do.

The most important method in the AsyncTask class. You have to place here all the stuff you want to do in the background, in a different thread from the main one. Here we have as an input value an array of objects from the type “X” (Do you see in the header? We have “…extends AsyncTask” These are the TYPES of the input parameters) and returns an object from the type “Z”.

This method is called using the method publishProgress(y) and it is usually used when you want to show any progress or information in the main screen, like a progress bar showing the progress of the operation you are doing in the background.

This method is called after the operation in the background is done. As an input parameter you will receive the output parameter of the doInBackground method.

What about the X, Y and Z types?

As you can deduce from the above structure:

How do we call this task from an outside class? Just with the following two lines:

Where x is the input parameter of the type X.

Once we have our task running, we can find out its status from “outside”. Using the “getStatus()” method.

and we can receive the following status:

RUNNING – Indicates that the task is running.

PENDING – Indicates that the task has not been executed yet.

FINISHED – Indicates that onPostExecute(Z) has finished.

I’m too late to the party but thought this might help someone. 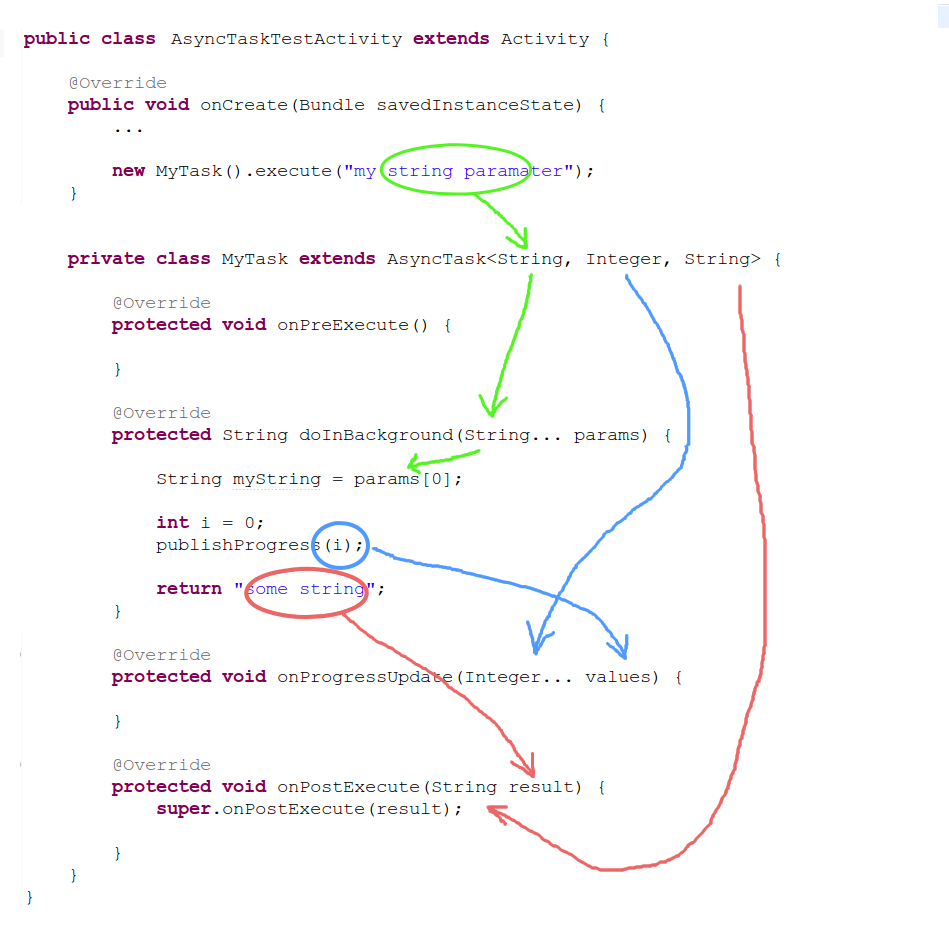 An AsyncTask is background task which runs in the background thread. It takes an Input, performs Progress and gives Output.

In my opinion the main source of confusion comes when we try to memorize the parameters in the AsyncTask.
The key is Don’t memorize.
If you can visualize what your task really needs to do then writing the AsyncTask with the correct signature would be a piece of cake.
Just figure out what your Input, Progress and Output are and you will be good to go. 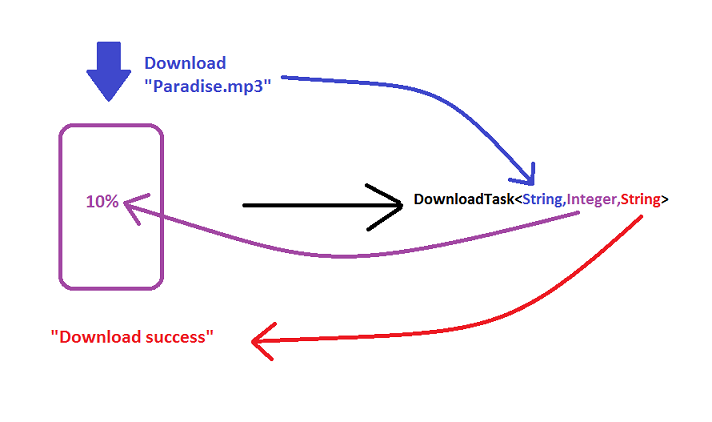 Heart of the AsyncTask!

doInBackgound() method is the most important method in an AsyncTask because

So lets see the relationship 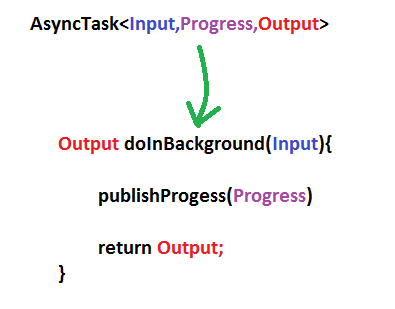 Show me the code
So how will I write the code for DownloadTask?

How will you run this Task

You cannot pass more than three arguments, if you want to pass only 1 argument then use void for the other two arguments.