apply two nested sub-totals to a table in Excel 2007

I would like to apply two nested sub-totals to a table in Excel 2007, but I find that the “SubTotal” button does not seem to work consistently.

If I follow the above steps, then I would expect to see the table looking in the same format. However I get the following

As you can see the Red Total is at the top whereas I would like it to be after the row “2011 Total” just as it is in the first table.

Is there any way of working around this. [I know I can do this manually, but would like to use the SubTotal button]

To summarize, I need both the 2011 and the Colour to be sub-totaled, but in a way that first the 2011 is sub-totaled, and then the Colour (as in the first table I show above). This needs to work whatever the data that makes up the table. For me, it only works with the first data set, but not the second data set.

Here is an example. The example includes an extra ten “Price” columns not mentioned in the problem. The reason why I have shown these ten columns is to show why PivotTables are not my ideal solution. I did not think it is possible with PivotTables to show the “details” of the rows inline with the subtotals – in the manner depicted in the picture.

I agree with d–b – you are going to want to use pivot tables – they provide alot more intuitive features(in my opinion) than the subtotal system does: 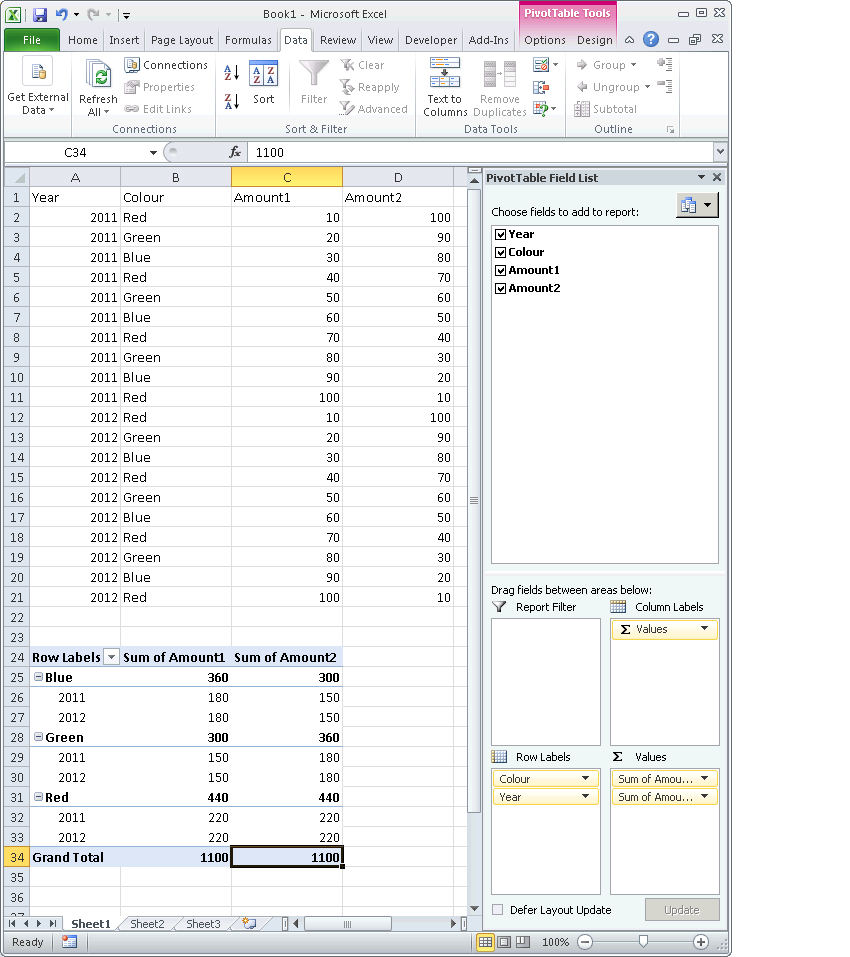 The subtotal system is dependent on the initial sorting and organization of the data for what it produces. Whereas pivot tables do not care whether/how your initial data is sorted.

You can still manipulate the subtotal table using standard copy/cut and paste features – it will maintain its tree structure: 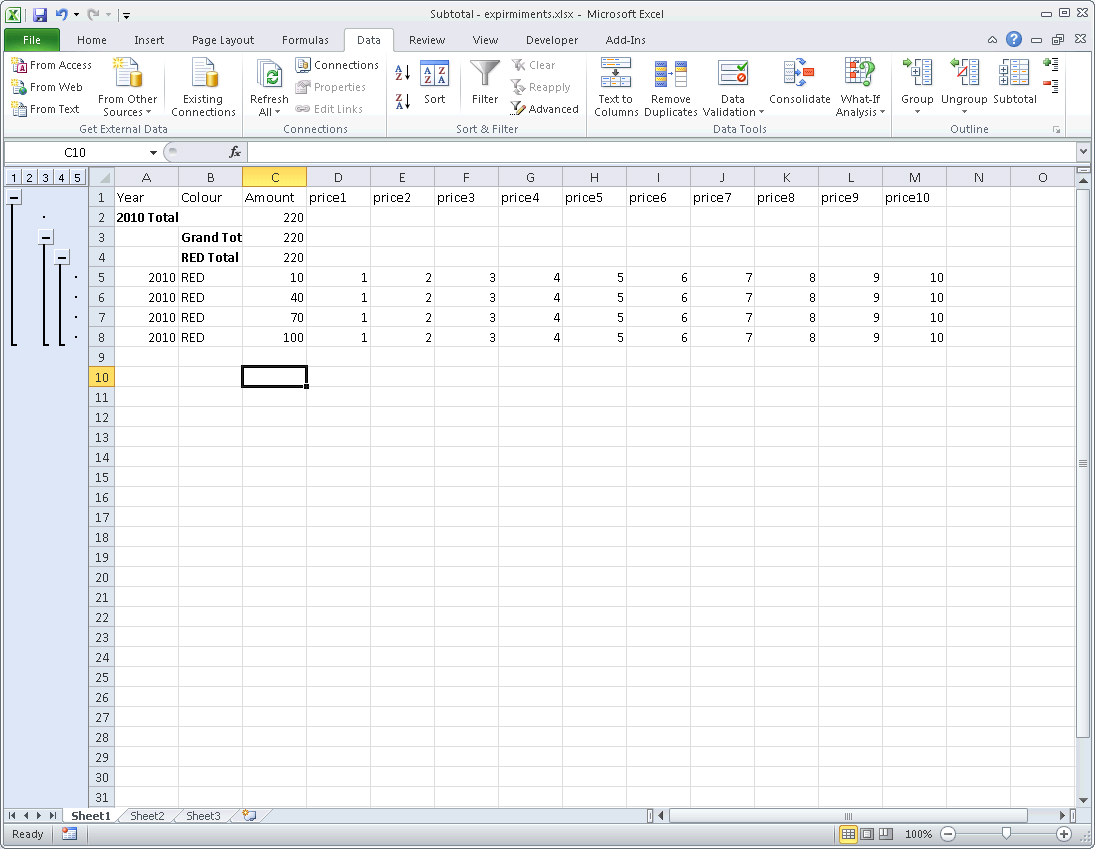 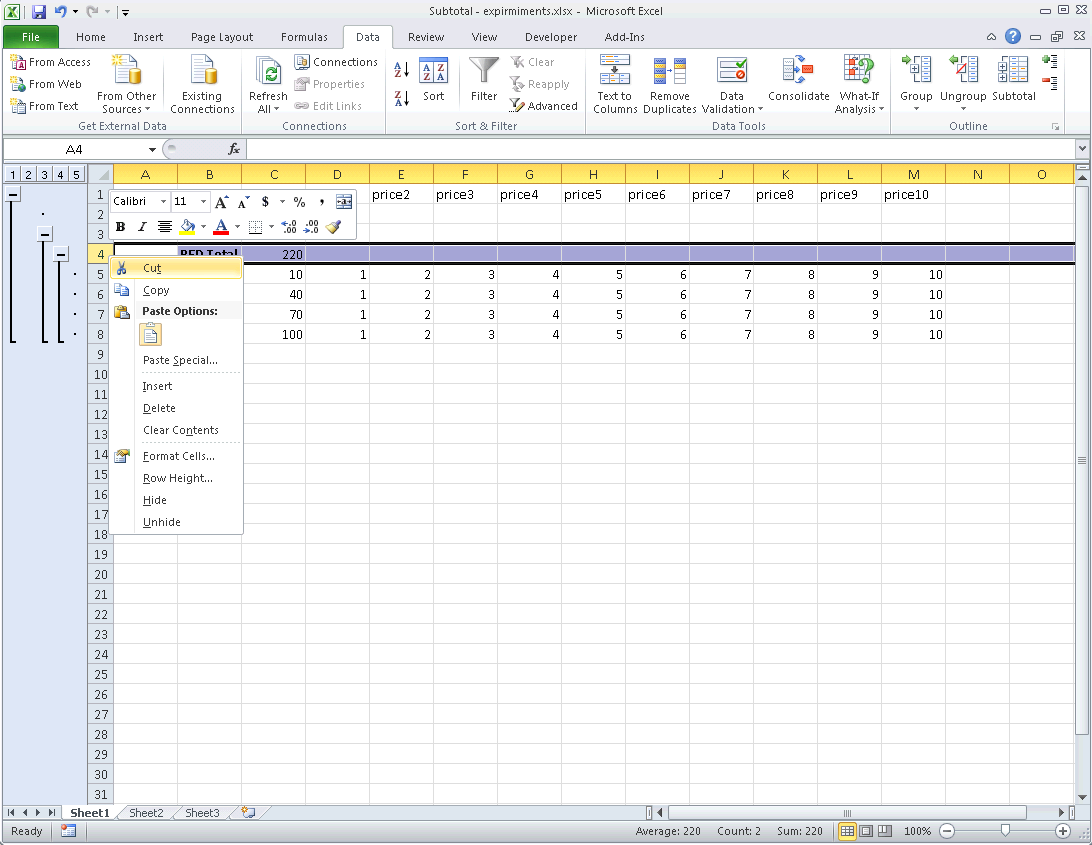 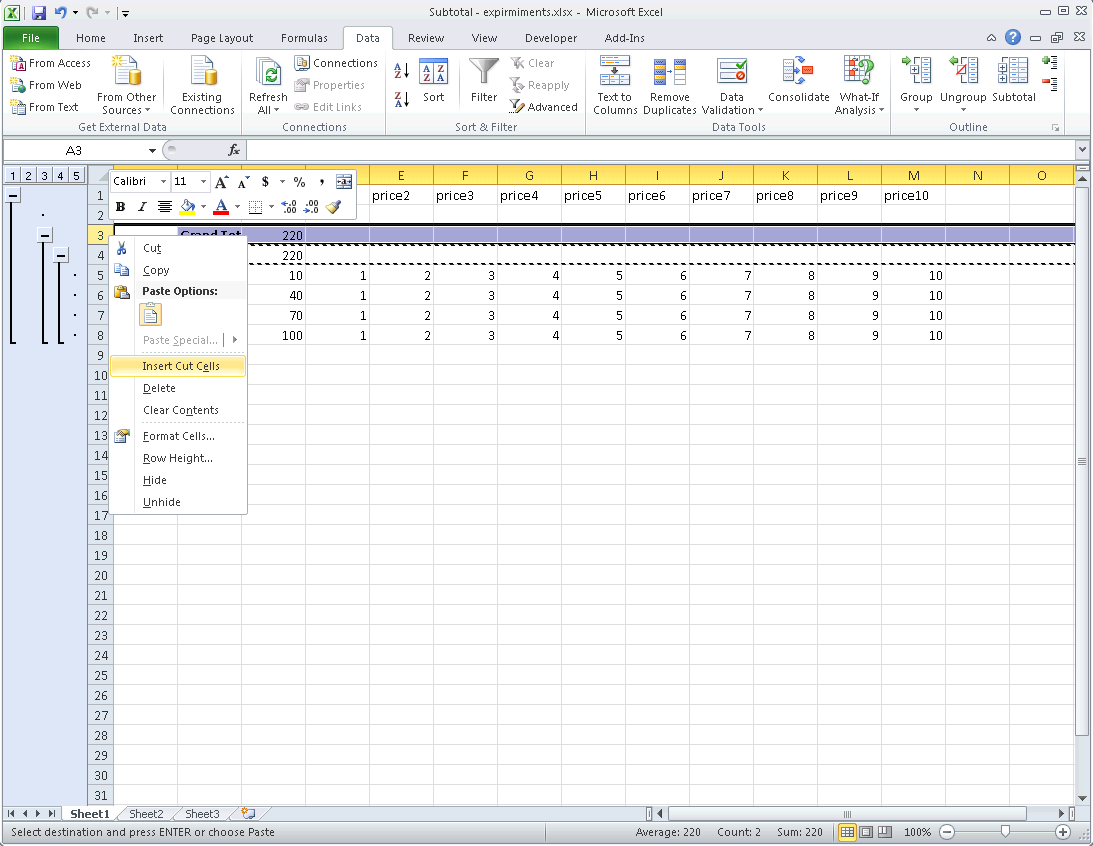 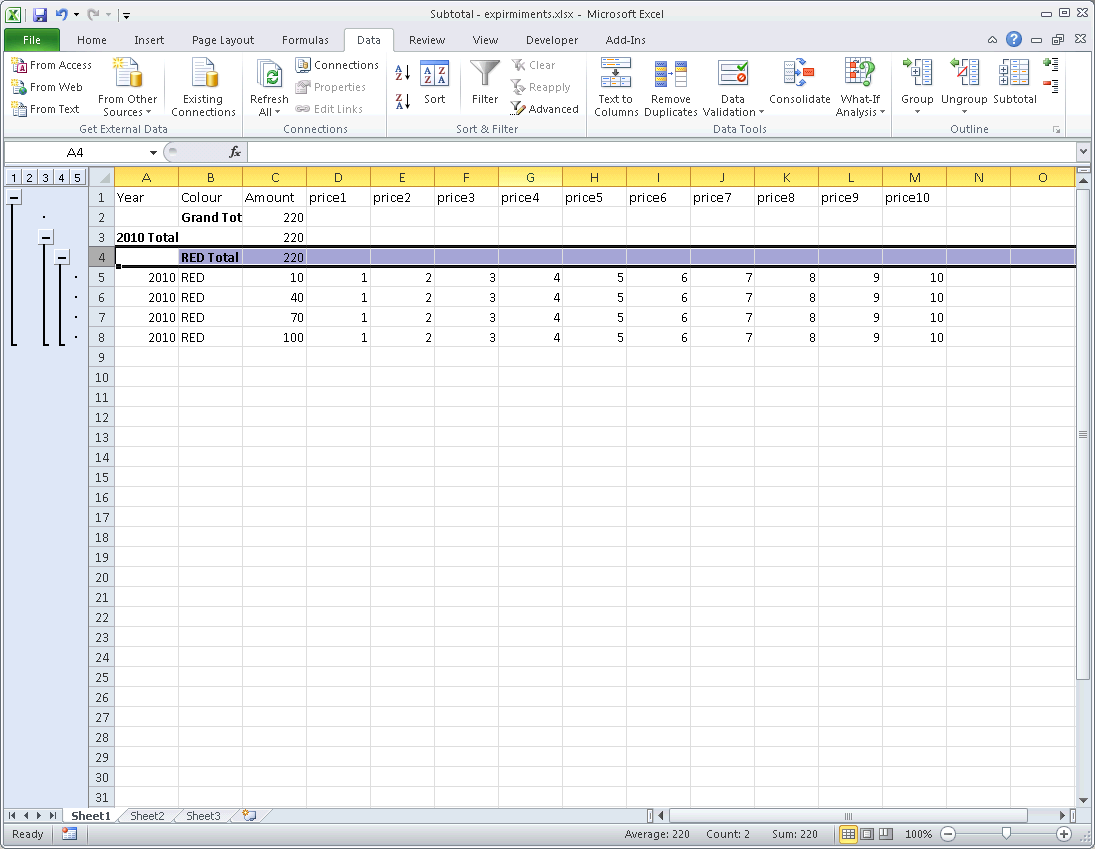 So basically feel free to move the rows around using cut and paste however you want it to look – you can even move individual cells around within a row – it will still maintain it’s structure/look. Good Luck.

Had a bit to play around until i could reconstruct your problem, but this solved it.

It worked, when I had your example reconstructed, then marked the whole thing and did subtotal again, with replacement of current subtotals.

It worked also when I did your example on a clean pure data table.

And to reconstruct your example I had to use subtotal without replace on a subtotaled table grouped by color.