c# – LinqToExcel – Reading a decimal from an *.xlsx file

I’ve been fiddling around with this for a couple of hours now and i’m kind of walking in circles. I’m missing something.

I’m trying to read an excel sheet with Linq to Excel. Everything works in order, except for decimals in the sheet. I’ve tried a couple of different approaches, none of which seem to work.

The column I’m trying to read is a currency column. My model is decimal. When I leave the column in excel on the Currency format, I get 0’s from the linq query.

When I set the colum to number, I get values with no decimal seperator.

In the meantime I’ve tried:

Can anyone point me in the right direction how I can configure excel/change the code so that it reads the decimal correct?

After trying a couple of other options I also went to the github projectpage for this nuGet package and posted a question there as well (https://github.com/paulyoder/LinqToExcel/issues/143).

The solution was quite simple; change my locale in the windows date settings. Which makes sense for me since all the documents are in Dutch. Only windows is in English.

This is done via Control Panel -> Region 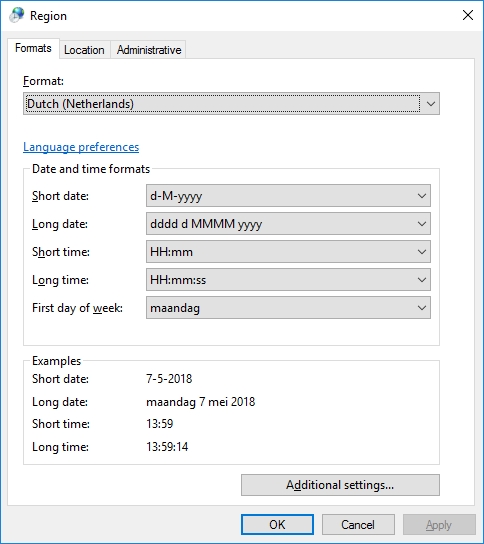 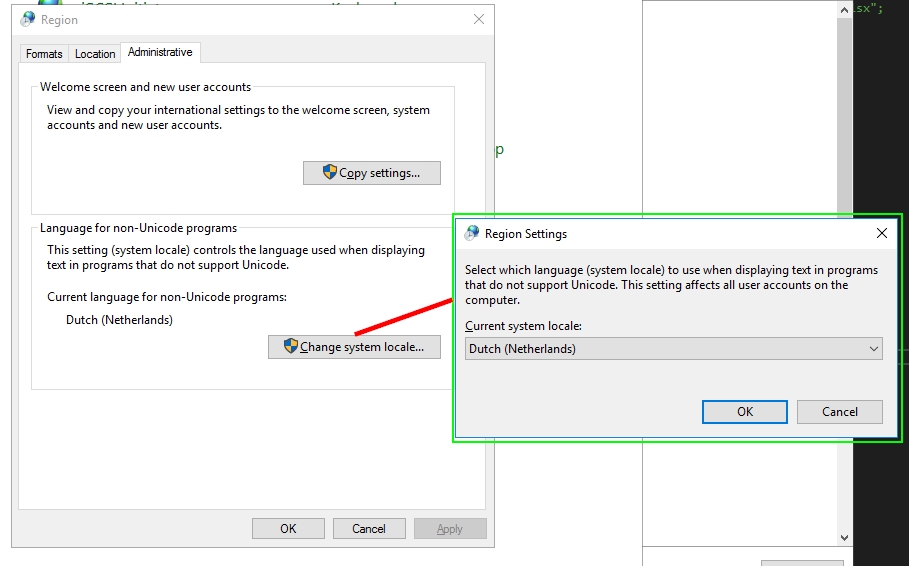