By creating an Android project with the API 19 (4.4.2) in Visual Studio 2015, when I want to start the application shown me these errors. 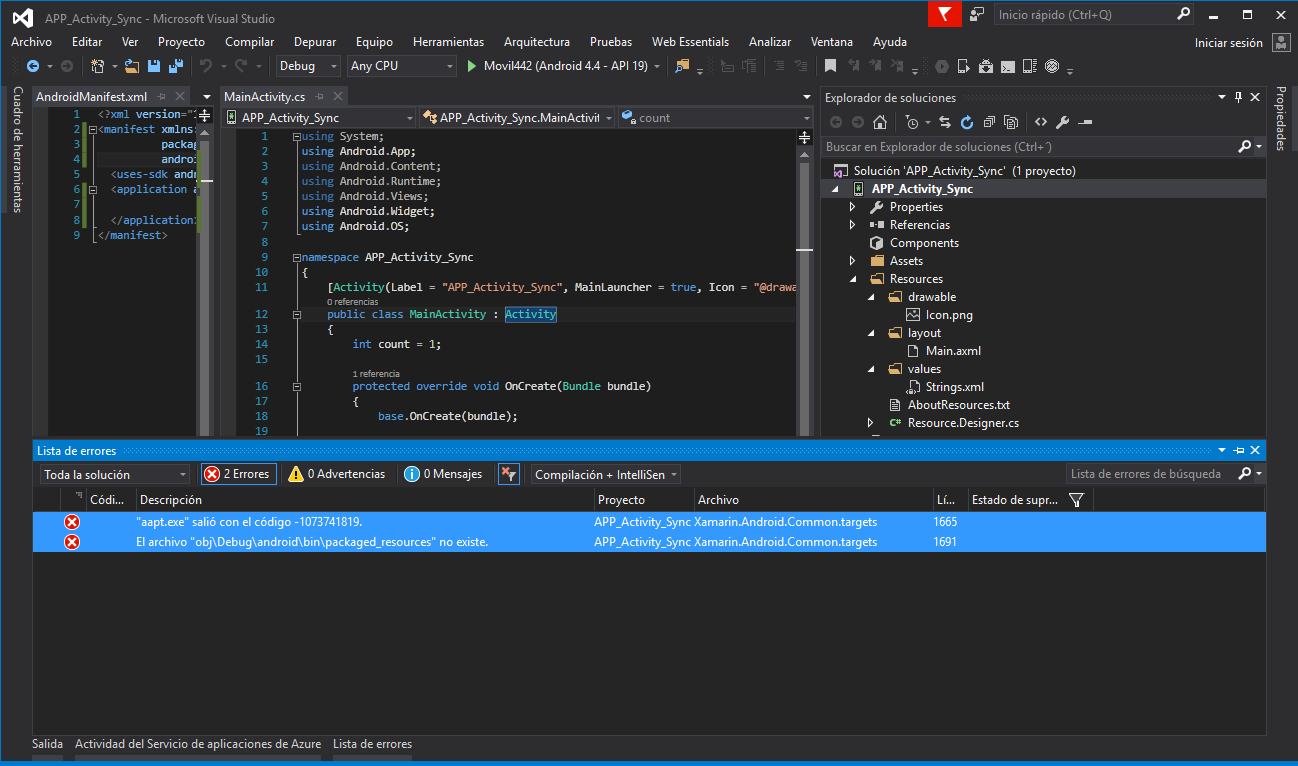 I have all the files downloaded API19 with the SDK Manager.

Somebody wants something similar happened, what is the solution of this problem?

I was getting this problem as well, the above solution didn’t work for me.
What did work was: 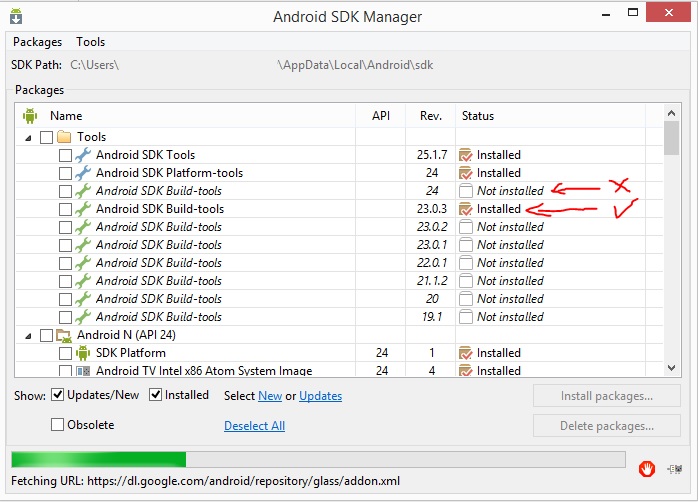 There’s a new version of Android SDK build-tools “24.0.1”. Upgrading to that version worked for me as well

I spend a day fix it problem by

Remove this 2 Package from SDK Manager

And Move everything into C:\ as Project Root

I fix this error by changing the name of the image in resource file.actually i was taken an image name like this “abc_jkl.png”.After that i change the name to Abc, and resolve my issue