eclipse – What does the orange triangle in the target column of Android Device Chooser window mean?

When I launch my Android app with Eclipse, the usual window “Android Device Chooser” appears. I can here choose on which device I want to run my app.

Does somebody know what it means ? 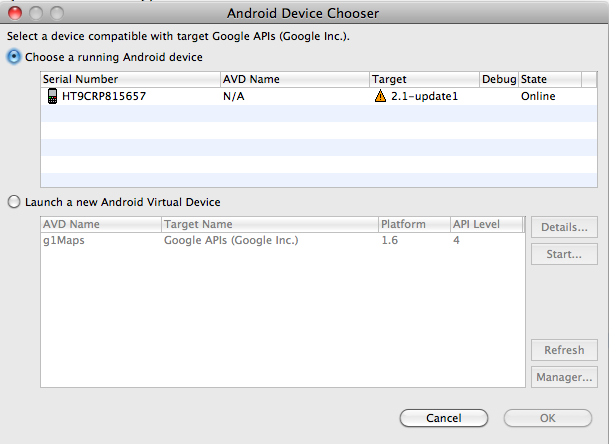 According to this mailing list thread, that just means you’re utilising an optional library and Eclipse can’t be sure it’s installed on the device. Eclipse knows you’re using a compatible version of the API, it’s just not sure about the optional extension you’re using. So you should be fine, as long as the app works on the phone.

I have the same exclamation point next to my target but the code complile and run OK. In my opinion the warning appears because the device target has a different API version than project one. In my case the Android project is build with 2.3.3. but my Samsung device has installed 2.3.4

just you need to change the target SDK version from “Google API to Android” from sdk window as attached screens shot. 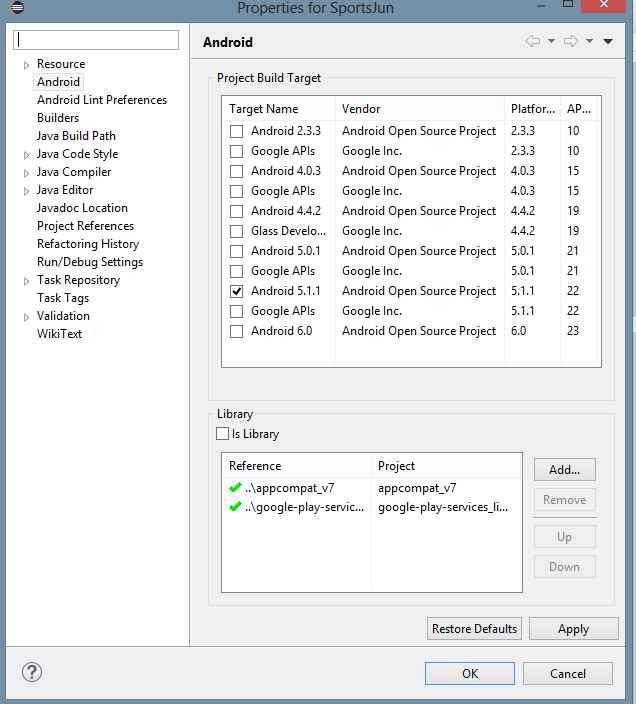 This problem might be a result of wrong project properties/dependencies, as desribed in another question on the same subject: https://stackoverflow.com/a/22953719/997940

Previous article
php – How to know which version of the Internet Protocol (IP) a client is using when connecting to my server?
Next article
connection string – Which provider should I select to connect to Excel version 11 through AdoConnection?