I’ve read many topics that says once the project gets bigger, it stops working.

It was working the day before issue arrive. It stopped working as we added more files and JSON for translation of app in multi-language.

Is it a known issue? Is there any solution? 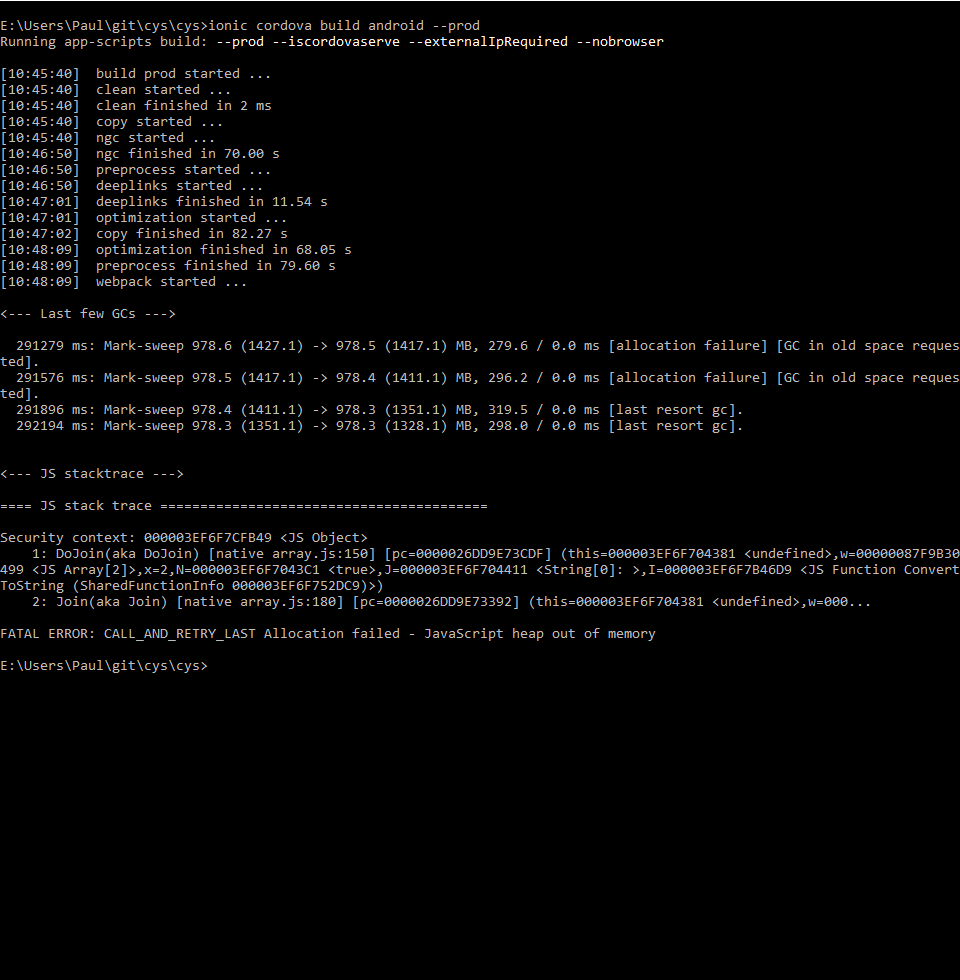 Resolved by modifying my ionic.cmd file in C:\Users\AppData\Roaming\npm by adding –max_old_space_size. I set mine to 8096.

I fixed the error by updating the build script in package.json

Try the below command:

I also encountered this error and I told myself that increasing the allocated memory was a workaround as something must be going wrong under the hood.

If you are using Firebase, it turns out that it is the culprit.

After that, I was able to run ionic cordova build android --prod without encountering the dreaded “heap out of memory” error.

Apparently, 4.12.1 (and perhaps others) has a memory leak, hence the encountered issue.

Even though the issue is resolved by the OP, it’s a temporary workaround. The actual issue is something to do with the string operations that is involved in the project.

As the OP has already mentioned that the project involves JSON strings of huge size, the ideal fix will be track down the memory consumption during build using tools like node-memwatch and fix the same. Setting heap size of approximately 8GB may not be possible all the time and this has to increase with the further enhancements in the project too.

Also as per this link, the latest webpack release will hopefully ease out some of these problems.

UPDATE: you can also try using latest Ionic CLI version 3.5.0 which may have some improvements

Previous article
java – How to make a screen wake up when a notification is received?
Next article
Android room persistent library – How to change database version