Problem is not in your Java or XML code. You have to change the target in your default.properties file in your project.

Here you have to change the following line:

Here the digit 2 represents the API level of the Platform you want to run your application.

So use the value of the API you want to run.

Like if I run my application on Android 2.3 then I use target=android-9

You can change the target version of Android by right-clicking your project, navigating to Properties and then clicking on the “Android” tab as shown here. 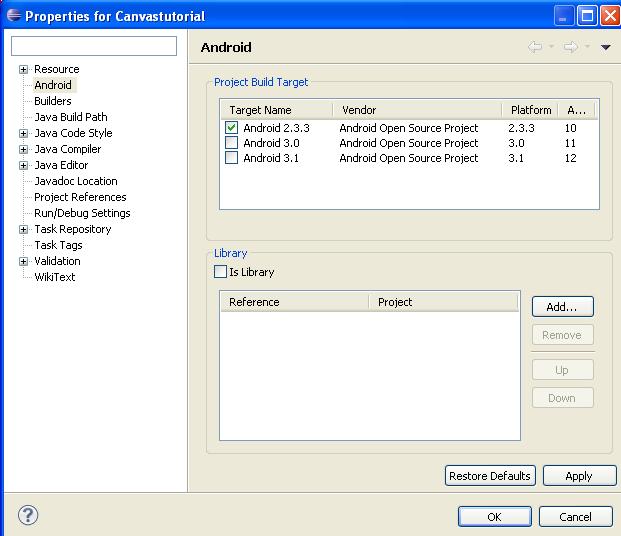 I’ve just had this problem. The fix is simple – restart Eclipse. The reason is a bit more complicated:

Also be aware of SDK version if importing an existing project, because project.properties will be also imported as well.

If you’re running Android SDK Manager in Windows, you can access SDK Manager.exe program to check which SDK versions are installed. This program is usual