I have a spreadsheet which tracks users and the groups they belong to. Normally, I need to go user by user, group by group to find the match and place an “X” in that cell. It’s long and tedious, so I’m hoping someone may have a better solution. 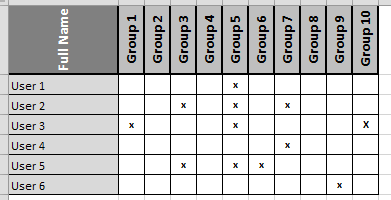 I’m not sure if this formula would work but that’s kind of the logic I have behind it. I’d like to find a way where I can easily and quickly switch the names because it’s a long list.

Okay, I hope I understood your issues.

Copy and paste the users in a separate sheet in the workbook (say Sheet2), so that for Group1, you have a single cell, example:

On the data tab, you can use Text to Column > Delimited > Comma to get this:

Meaning, you have one user in one column. Preferably, all the group 1 users should be in this row.

In your sheet with users and groups, you then use the formula in cell B2 and drag it down:

The ^ show what I have changed.

lookup_value is the value you’re looking for, here each user in your final sheet.

row_index is 1 because we’re looking in one row only. You can make some research as to how to use it if you want.

[range_lookup] is optional, but defaults to approximate match, which is not what you generally want. Put 0 there to mean “exact match”.

Using pivot tables he’s an example of what could be done. 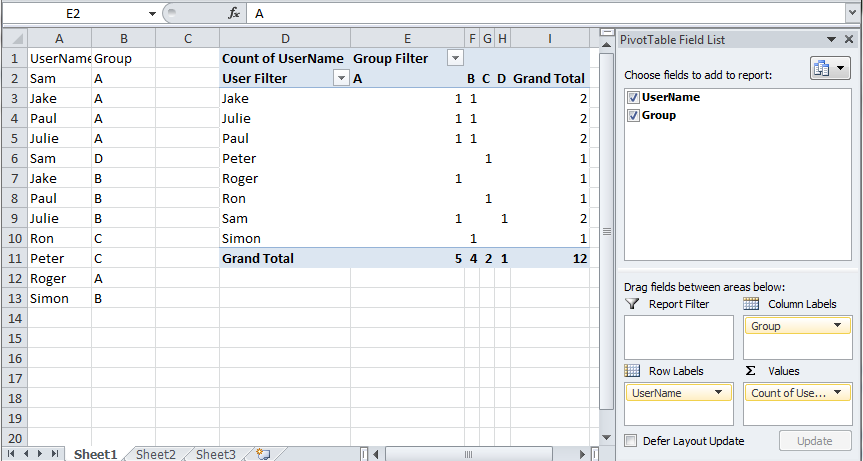