excel – Variables will not convert to integers

Currently messing around with macros in excel. One that generates a range that fills 3 columns of cells with 1-9.
Another that plots these numbers kind of like battle ship with x,y and v for the value.

Currently the issue it that I’m getting an error “13” which means that my variables don’t match up.
But i’m using a CInt to convert the variant to a int.
Debugging it seems like the for loop is getting all the values properly but just not converting.

Here is the code I have so far and a screenshot of the whole thing. 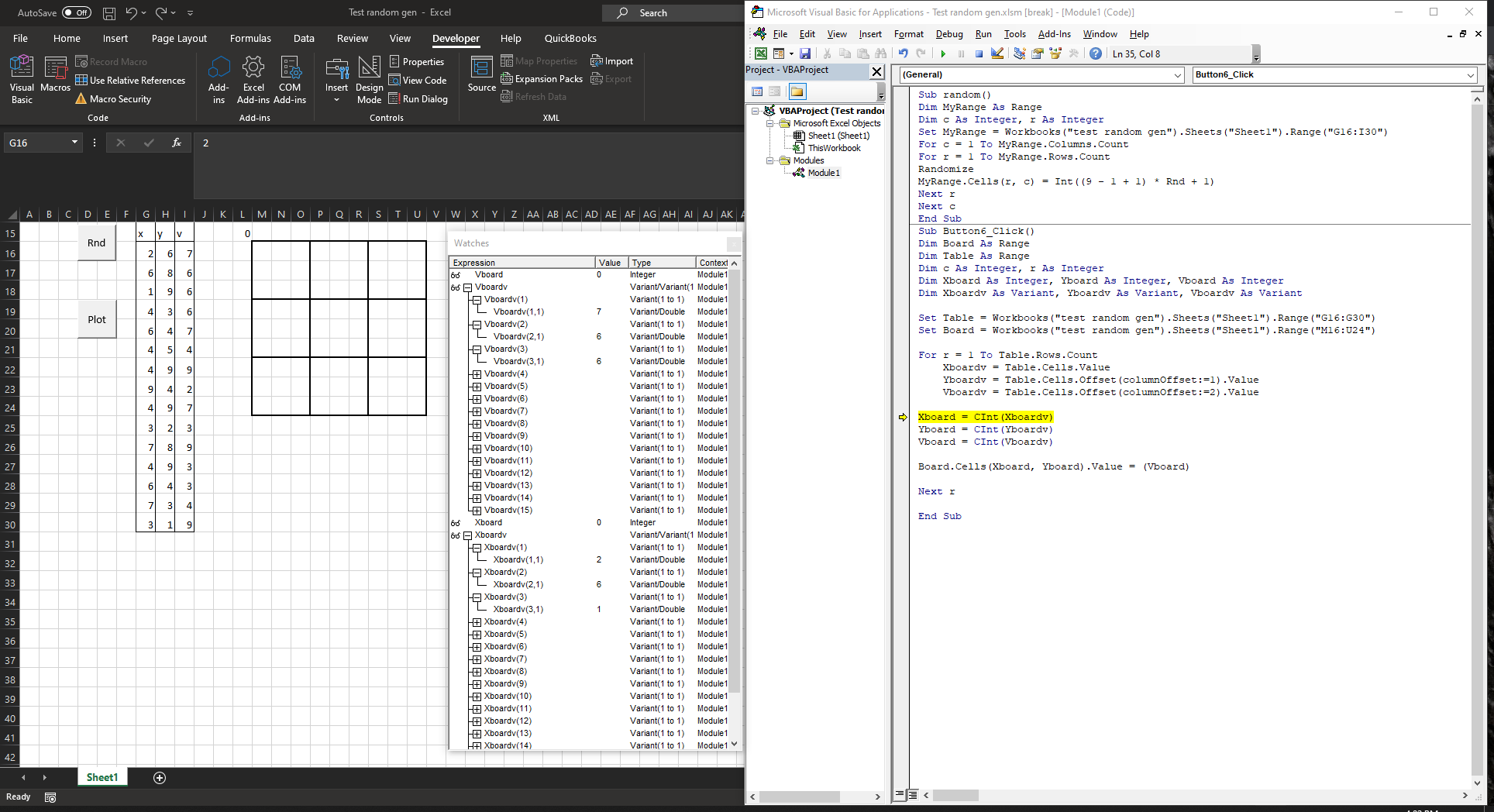 Hm, oke I’ll recap what I mentioned in my comments above:

You are creating an array of values with Xboardv = Table.Cells.Value. The array is sized 1 To 15, 1 To 1 and you need to use these index numbers as row and column parameters when you refer to any element in the array. So basically: Xboard = CInt(Xboardv(<X>,<Y>)).

“That did it but now it only does it for the first value of the array due to it being called out as (1,1)”

That is because you are constantly refering to the same element. However, you have created a loop with r variable allready. So you can use that to call different elements: Xboard = CInt(Xboardv(r,1))

I’ve neglected the fact that your structure is somewhat strange and you are creating the same array in a loop. So move that outside your loop and possibly use a For R = Lbound(Xboard) to Ubound(Xboard) loop instead. And you can just address values without having to convert them too.

Btw, no need for Integer variables at all. Use Long instead.

What’s the reason for doing a conversion to begin with?
In cell ‘D4’, I’ve put the value 325, and I’ve run following piece of code:

Value b is 325, no problem. No conversion needed.