How do I create executable Java program? [duplicate]

You can use the jar tool bundled with the SDK and create an executable version of the program.

This is how it’s done.

I’m posting the results from my command prompt because it’s easier, but the same should apply when using JCreator.

Two files were created inside the “start” folder Dummy.class and HelloWorldSwing.class.

Next step, create the jar file. Each jar file have a manifest file, where attributes related to the executable file are.

Once the manifest is ready, the jar executable is invoked.

This creates the .jar file on the system

You can later just double click on that file and it will run as expected.

To create the .jar file in JCreator you just have to use “Tools” menu, create jar, but I’m not sure how the manifest goes there.

Here’s a video I’ve found about: Create a Jar File in Jcreator.

I think you may proceed with the other links posted in this thread once you’re familiar with this “.jar” approach.

You can also use jnlp ( Java Network Launcher Protocol ) too.

I’m not quite sure what you mean.

But I assume you mean either 1 of 2 things.

Eclipse can do this really easily File –> Export and create a jar and select the appropriate Main-Class and it’ll generate the .jar for you. In windows you may have to associate .jar with the java runtime. aka Hold shift down, Right Click “open with” browse to your jvm and associate it with javaw.exe

http://jsmooth.sourceforge.net/ or http://launch4j.sourceforge.net/ will create a native .exe stub with a nice icon that will essentially bootstrap your app. They even figure out if your customer hasn’t got a JVM installed and prompt you to get one.

If you are using Eclipse , you can try the below 7 steps to get a .exe file for Windows. 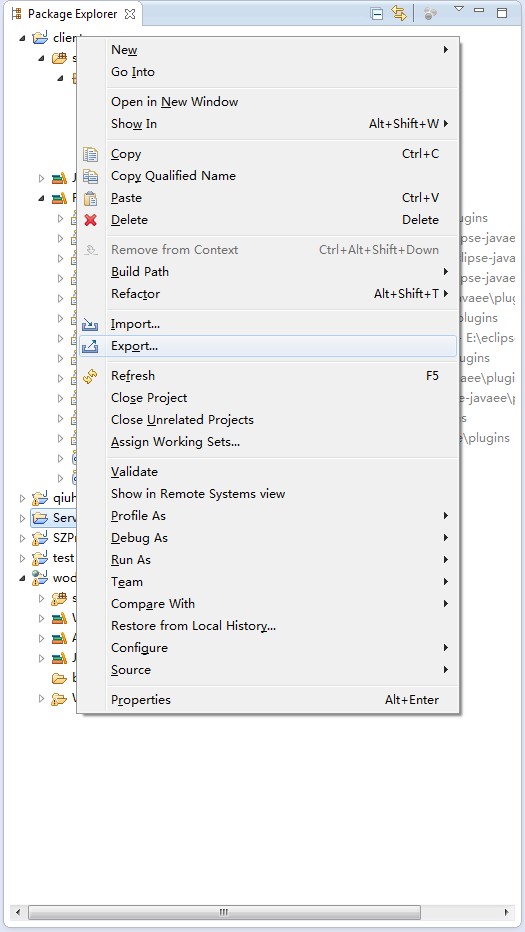 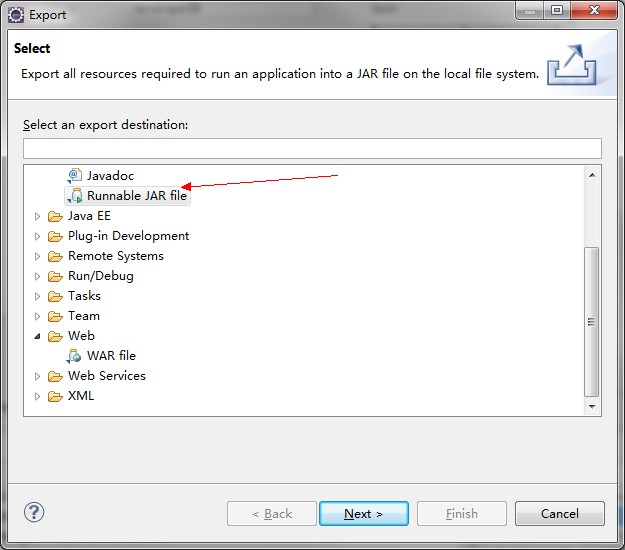 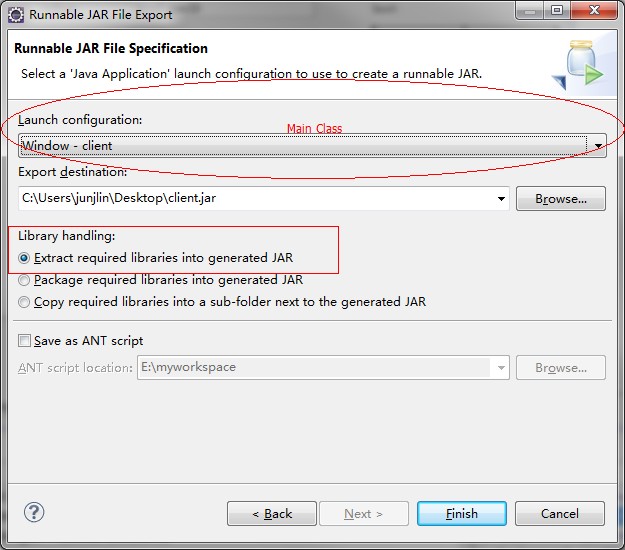 Now you have a JAR file. Use java -jar path/jarname.jar to execute. 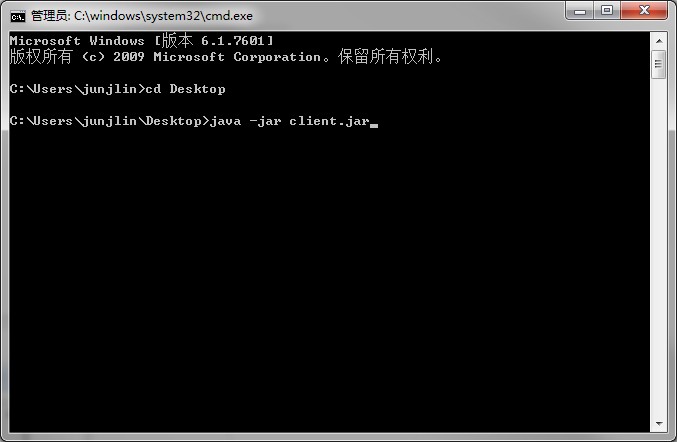 If you want to convert this to .exe, you can try http://sourceforge.net/projects/launch4j/files/launch4j-3/ 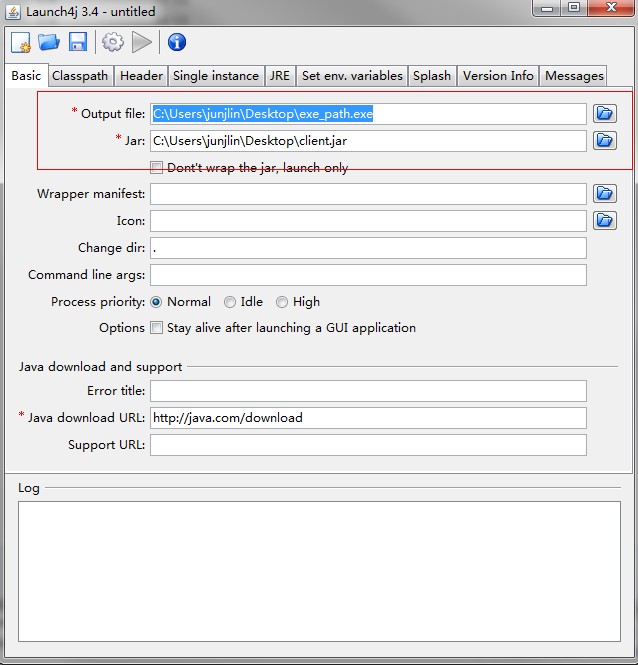 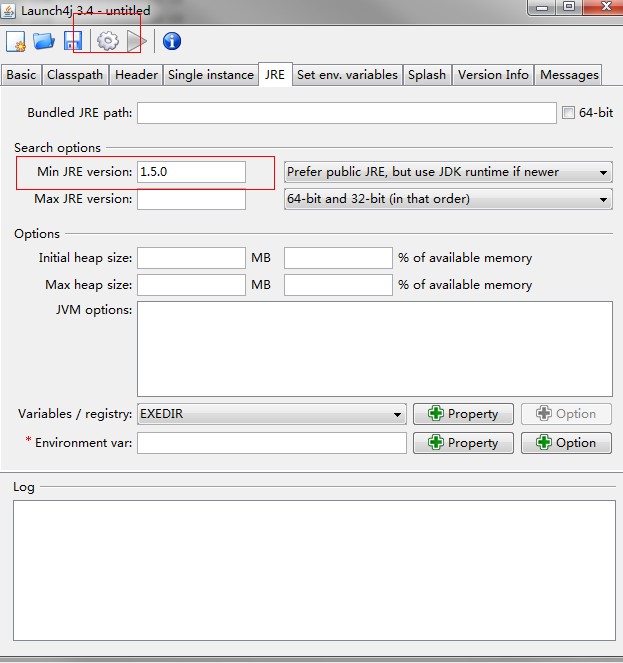 STEP7:
Give the .xml file an appropriate name and click “Save”. The .xml file is standard, don’t worry about it. Your executable file will now be created!

On the command line, navigate to the root directory of the Java files you wish to make executable.

This will create a directory called META-INF in the jar archive. In this META-INF there is a file called MANIFEST.MF, open this file in a text editor and add the following line:

then use this command:

and your program will run 🙂

Take a look at WinRun4J. It’s windows only but that’s because unix has executable scripts that look (to the user) like bins. You can also easily modify WinRun4J to compile on unix.

It does require a config file, but again, recompile it with hard-coded options and it works like a config-less exe.

Jexecutable can create Windows exe for Java programs. It embeds the jars into exe file and you can run it like a Windows program.

You could use GCJ to compile your Java program into native code.
At some time they even compiled Eclipse into a native version.

Write a script and make it executable. The script should look like what you’d normally use at the command line:

Take a look at launch4j

Java Web Start is a good technology for installing Java rich clients off the internet direct to the end user’s desktop (whether the OS is Windows, Mac or *nix). It comes complete with desktop integration and automatic updates, among many other goodies.

For more information on JWS, see the JWS info page.

As suggested earlier too, you can look at launch4j to create the executable for your JAR file. Also, there is something called “JExePack” that can put an .exe wrapper around your jar file so that you can redistribute it (note: the client would anyways need a JRE to run the program on his pc)
Exes created with GCJ will not have this dependency but the process is a little more involved.

If you are using NetBeans, you just press f11 and your project will be build.
The default path is projectfolder\dist

java – Can I enable typescript processing only on TS files in wro4j?-Exceptionshub

Questions: I have a legacy app with has old JS code, but I want to utilize TypeScript for some of the newer components. Is it possible to tell wro4j to only apply the rhinoTypeScript preprocessor only...

Questions: I am facing this errors to run the default program of android studio. Tried all of this options but it didn’t work Exception stack trace: org.gradle.internal.service.ServiceCreationEx...

Questions: I have an integration test where I’m trying to understand the difference in behavior for different propagation types (required and never) vs no transaction at all. Here’s my int...