How to understand the term `tensor` in TensorFlow?

I’m new to TensorFlow. While I’m reading the documents. I found the term tensor really confusing.
What’s the relationship between tensor and Variable, tensor vs tf.constant, ‘tensor’ vs tf.placeholder? Are they all types of tensors?

TensorFlow doesn’t have first-class Tensor objects, meaning that there are no notion of Tensor in the underlying graph that’s executed by the runtime. Instead the graph consists of op nodes connected to each other, representing operations. An operation allocates memory for its outputs, which are available on endpoints :0, :1, etc, and you can think of each of these endpoints as a Tensor. If you have tensor corresponding to nodename:0 you can fetch its value as sess.run(tensor) or sess.run('nodename:0'). Execution granularity happens at operation level, so the run method will execute op which will compute all of the endpoints, not just the :0 endpoint. It’s possible to have an Op node with no outputs (like tf.group) in which case there are no tensors associated with it. It is not possible to have tensors without an underlying Op node.

So with tf.constant you get a single operation node, and you can fetch it using sess.run("Const:0") or sess.run(value)

Similarly, value=tf.placeholder(tf.int32) creates a regular node with name Placeholder, and you could feed it as feed_dict={"Placeholder:0":2} or feed_dict={value:2}. You can not feed and fetch a placeholder in the same session.run call, but you can see the result by attaching a tf.identity node on top and fetching that.

You’ll see that it creates two nodes Variable and Variable/read, the :0 endpoint is a valid value to fetch on both of these nodes. However Variable:0 has a special ref type meaning it can be used as an input to mutating operations. The result of Python call tf.Variable is a Python Variable object and there’s some Python magic to substitute Variable/read:0 or Variable:0 depending on whether mutation is necessary. Since most ops have only 1 endpoint, :0 is dropped. Another example is Queue — close() method will create a new Close op node which connects to Queue op. To summarize — operations on python objects like Variable and Queue map to different underlying TensorFlow op nodes depending on usage.

For ops like tf.split or tf.nn.top_k which create nodes with multiple endpoints, Python’s session.run call automatically wraps output in tuple or collections.namedtuple of Tensor objects which can be fetched individually.

A Tensor is a typed multi-dimensional array. For example, a 4-D array of floating point numbers representing a mini-batch of images with dimensions [batch, height, width, channel].

Basically, every data is a Tensor in TensorFlow (hence the name):

However, in the graph, every node is an operation, which can have Tensors as inputs or outputs.

As already said mentioned by others, yes they are all tensors.

The way I understood those is to first visualize and understand 1D, 2D, 3D, 4D, 5D, and 6D tensors like in the picture below. (source: knoldus) 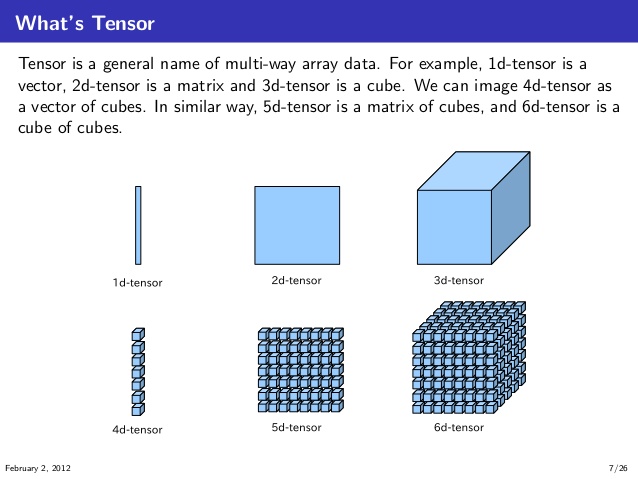 Now, in the context of TensorFlow, you can imagine a computation graph like the one below. 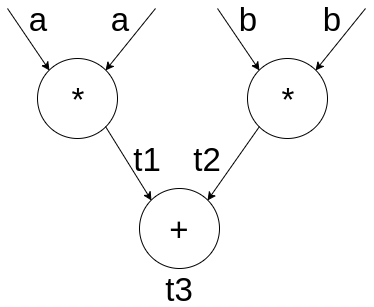 And these tensors a and b can be constant tensors, Variable tensors, or placeholders. It doesn’t matter, as long as they are of the same data type and compatible shapes(or broadcastable to it) to achieve the operations.

python – Middleware Flask to encapsulate webpage to a directory-Exceptionshub

Questions: I have a Flask application which I want to upload to a server. The server has the structure www.mypage.com/newDirectory. My question is: how can I deploy my web app in order to introduce a ...

python – Could not install packages due to an EnvironmentError: [WinError 123] The filename, directory name, or volume lab...

Questions: I am getting this error while installing pandas in my pycharm project …. how to solve it? How to&Answers: More Answers> ...

How can I solve backtrack (or some book said it's backtrace) function using python in NLP project?-Exceptionshub

Questions: Here’s the code I got from github class and I wrote some function on it and stuck with it few days ago. In this code I have to use maximum matching and then backtrace it. thai_vocab =...