Having the following html snippet

I think the following jquery snippets are identical (will have the same result):

My question is, whether one snippet is better than the other and should be used

The calls are not identical.

According Brandon Aaron, who apparently worked on jQuery, and also according to the live tests here, the find method is always faster. See results in the screenshot below. Please comment if I am missing something.

With a 10% or greater difference in speed, depending on browser, it definitely seems worth using find. 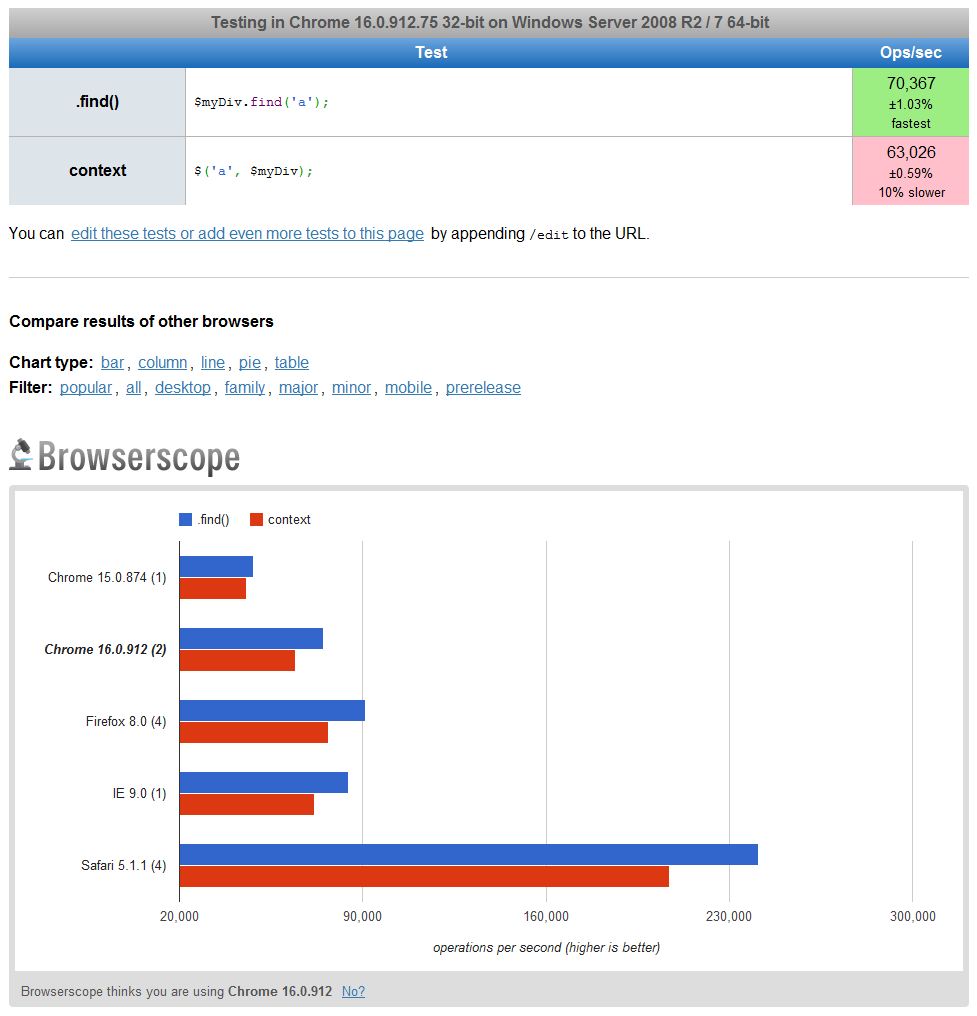 The second time do_something() is called, if we had used $parent_element.find() it would have failed, whereas in this example, if $parent_element is undefined or empty the context is null, thus: the entire document.

Admittedly this is an edge case, but it just came up in something I was working on, so thought I’d put it here for posterity.