In terminal (within homestead in my project folder) I can do php artisan to see all the available commands. When I try to run php artisan migrate I get a connection error:
SQLSTATE[HY000] [2002] Connection refused

I have setup a Laravel project with these .env settings

I have also tried localhost for DB_HOST and root for DB_USERNAME and DB_PASSWORD. And all possible variations of these put together!

But this database is obviously empty, because I cant migrate to it from terminal …

As far as I can make out it is a configuration issue, since I can connect to it with Sequel Pro. But I have honestly no freaking idea what is setup wrong.

Thanks for the help !!

EDIT
For some reason I get the same SQLSTATE[HY000] [2002] Connection refused error when moving my project to MAMP and running php artisan migrate.
Now I am completely lost …

I just ran into this and found that changing this in the .env file from 127.0.0.1 to localhost fixed it.

In Laravel you have config/database.php where all the setup for the connection is located. You also have a .env file in the root directory in your project (which everyone uses for timesaving). This contains variables that you can use for the entire project.

On a standard L5 project the MySql section of config/database.php looks like this:

Notice there is no port set!

Although in my .env file I had set DB_PORT=33060. But that value (3306) was never read into the config/database.php.
So don’t be a dumbass like myself and forget to check the database.php file.

and on your .env file add

Another solution for anyone else who has a problem. I had all the settings correct but for some reason my changes weren’t updated. Laravel actually caches the config file (which I find completely stupid).

Here was my solution after updating the configs:

I had the same problem and fixed just by converting DB_HOST constant in the .env File FROM 127.0.0.1 into localhost DB_HOST = localhost.

No need to change anything into config/database.php 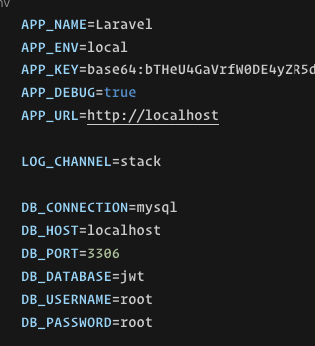 I had the same problem, try this works

This is a simple fix. Your mysql database has lost its connection to the server. If you are running a local server run this in your terminal:

That will reconnect your database. Then (if you are using homebrew) run:

This will automatically connect your database on login.

In my case this error appeared out of blue. While staring at that mysterious error I’ve realized, that I was trying to run the command outside of vm…

After you put all configuration on .env file, if you already run php artisan serve, RESTART IT.

In my case, I was having the same error using docker and the trick was in setting in the .env file this DB_HOST=db where db is the name of the container running the database server.

When Laravel connects to mysql on Homestad box and running commands on local environment:

Have in mind that phpunit takes its values from the .env.testing file, if exists, otherwise from the phpunit.xml file on the root folder of the app

Me, Im using vagrant, yet im executing php artisan outside the box so basically it doesn’t have permission

For me enclosing the credentials in quotes did the trick

The only thing that solved it for me was to put the connection details in config/database.php instead of the .env file. Hope this helps

I had a similar problem and no suggestions placed here helped me.
This what has fixed my problem was to set the application name and database hostname with the same value. In my case, 127.0.0.1 works correctly.

Okay update it seems the host is not the issue but actually the port.

So its actually the port 3306 for the browser testing and yet for terminal and Sequel Pro 33060. Could it have something to do with adding it in the Homestead.yaml and set it here?

On reading the setup in relation to Laravel it says:

So After making DB changes and config:clear Tinker works fine

if it still throw the same problem, from root folder run

the above given is my .env

I found that my server just needed to be restarted and “bam” it was fixed.

The cause was that I had not started the MySQL server.

It may help to check that the MySQL is running as the first step in troubleshooting the error.

Previous article
android – Cardview shadow not appearing in lollipop devices?
Next article
excel – how to get msgbox when cell value varies exel vba