Read only file system on Android

I recently rooted my Droid X and everything seems to be working perfectly. I made some changes to build.prop and when I do adb push build.prop /system/ I get the following error: failed to copy 'c:\build.prop' to '/system//build.prop': Read-only file system.

How can I fix this?

Not all phones and versions of android have things mounted the same.
Limiting options when remounting would be best.

Once you are done making changes, remount to ro (read-only):

works for me and seems to be the simplest solution.

Got this off an Android forum where I asked the same question. Hope this helps somebody else.

On a terminal emulator on the phone:

Then on the cmd prompt, do the adb push

While I know the question is about the real device, in case someone got here with a similar issue in the emulator, with whatever tools are the latest as of Feb, 2017, the emulator needs to be launched from the command line with:

For anything to be writable to the /system. Without this flag no combination of remount or mount will allow one to write to /system.

After the emulator is launched with that flag, a single adb remount after adb root is sufficient to get permissions to push to /system.

Here’s an example of the command line I use to run my emulator:

The value for the -avd flags comes from:

I think the safest way is remounting the /system as read-write, using:

and when done, remount it as read-only:

On my Samsung galaxy mini S5570 (after got root on cellphone):

as a normal user:

list all mount points that we have and we can see, in my case, that /dev/stl12 was mounted on /system as ro (ready only), so we just need do:

Try the following on the command prompt:

This works for me, and is the simplest solution.

Here is what worked for me. I was running an emulated Android 7.1.1 (Nougat) device.

On a terminal, I hit the following command. One thing to be noticed is the -writable-system flag

All the changes that you do on the /system contents will survive a restart.

Open terminal emulator on the phone:
then

after that daemon is started

then the read only is converted into the read-Write.

I checked with emulator and following worked.

As mentioned above as well, execute second step in single shot.

I found this article from google, and thought I’d add the steps necessary on a Sony Xperia Z (4.2.2).

The Sony has a watchdog process which detects when you’ve changed ro to rw on / and /system (these are the only ones I was trying to modify) and possibly others.

The following was what I ran to perform the changes I was trying to achieve. I pasted these into a window, because removing the execute bit from /sbin/ric needs to be done quickly in order to stop it restarting itself. (I tried stop ric; this doesn’t work – although it worked on a previous version of android on the phone).

I modified the hosts file here, so this is the place you make the changes you need to the filesystem. To leave things the way we found them, do this:

Adding a little bit more to Jan Bergström’s answer: Because Android is a Linux based system, and the path in Linux contains forward slashes(../), while using push command, use “/” to define destination path in the Android device.

Thanks, Sérgio, for “mount” command without parameters idea.
I’d need to made adb push into /data/data/com.my.app/lib for some test issue, and get “Read-only filesystem” message.

So, it’s understood, that “lib” directory is separated from other application directories.

“df” command didn’t help also, but shows that my /mnt/asec/com.my.app-1 directory is at the separate mount point.

Then I looks by mount and voila!

Next steps are already described upwards: remount to RW, push and remount back to RO.

it sames that must extract and repack initrc.img and edit init file with the code of mount /system

In my case I was using the command adb push ~/Desktop/file.txt ~/sdcard/

I changed it to ~/Desktop/file.txt /sdcard/ and then it worked.

Make sure to disconnect and reconnect the phone.

Copy files to the SD-card?

Well, I assume you like to copy data to the Sd-card from the developers computer? You might have rooted the devise and made the area you address available?) I had about the same problem to upload data files for my application(Android Studio 1.3.2 in Win7), but.

So for instance the the adb command can look like this:

If there’s a failure in copying the read-only file you can try locating the original file in the root directory and modify it with a root text editor (preferably) RB text editor, it comes with ROM Toolbox app.

Try this in a Terminal Emulator as root:

As chen-xing mentioned the simplest way is:

But for me I had to change my settings first: 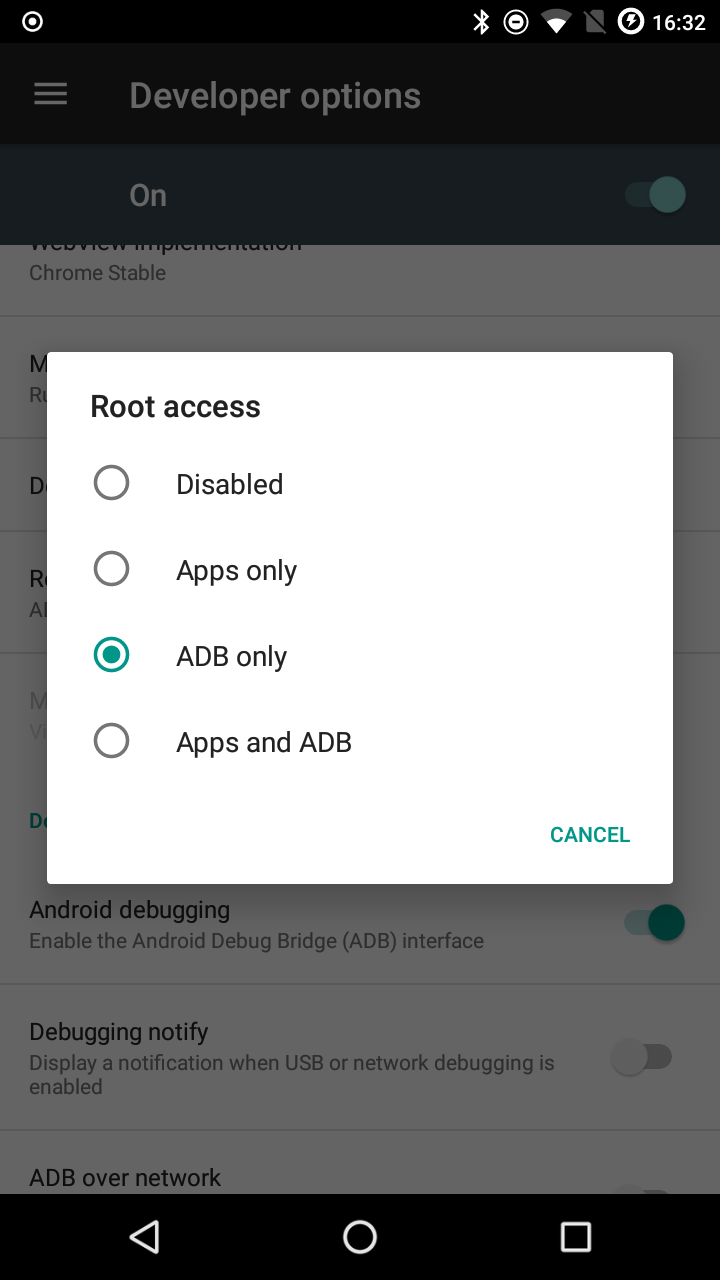