I tried to resign my ipa file with new provisioning profile on Mac Os 10.10 with iResign app but I got this warning: “Warning: –resource-rules has been deprecated in Mac OS X >= 10.10”.

What should I do now?

I found workaround: if you run the iResign app from XCode — then you will resign app without problem (warning will appears in console instead of popup).
But if you close XCode and run app alone — then popup will back to you!

Click on your project > Targets > Select your target > Build Settings > 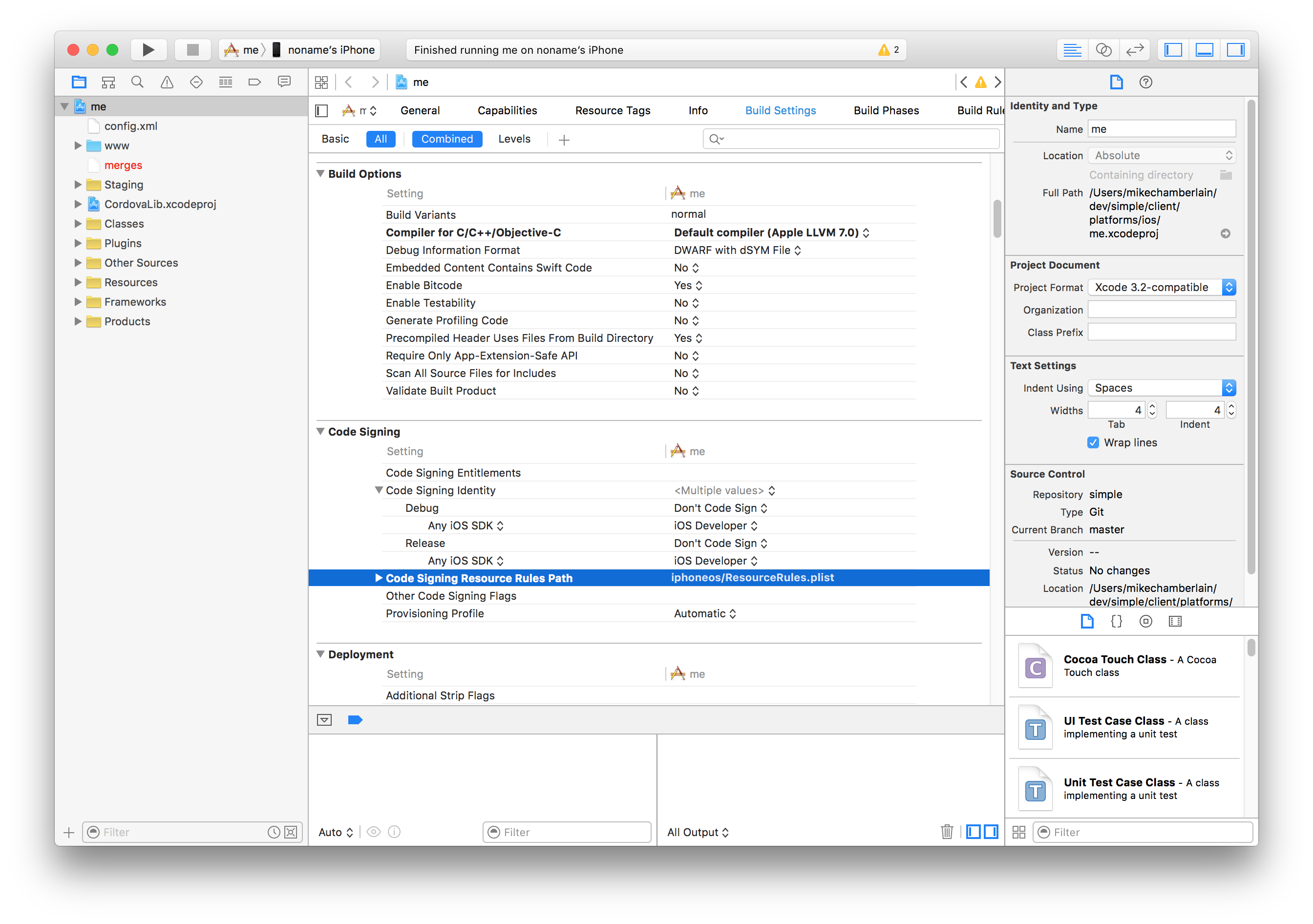 Since Xcode 7, the Code Signing Resource Rules Path build setting must be left empty or else this warning is produced.

Systems before OS X Mavericks v10.9 documented a
signing feature (–resource-rules) to control which files in a bundle
should be sealed by a code signature. This feature has been obsoleted
for Mavericks. Code signatures made in Mavericks and later always seal
all files in a bundle; there is no need to specify this explicitly any
more. This also means that the Code Signing Resource Rules Path build
setting in Xcode should no longer be used and should be left blank.

It is thus no longer possible to exclude parts of a bundle from the
signature. Bundles should be treated as read-only once they have been
signed.

I just opened my existing iOS app in Xcode 7 GM (from Xcode 6.4) and saw this deprecation warning.

It’s interesting that answers and comments are saying to update the ‘Code Signing Resource Rules Path’ and they also reference Mac apps.

In my case, the project had this key and value already set by default (I never set it). The warning is about resource rules being deprecated too.

For me, deleting the value of the ‘Code Signing Resource Rules Path’ removed the warning. I have not submitted a new build this way so I may have to come back and update this answer.

Just thought it was interesting that my answer is opposite what everyone else was seeing.

If you comment out the two –resource-rules parameters from the arguments list, where the iResign app calls the codesign task, then you don’t have to change the project build settings for the app’s project.

I don’t like the idea of having to modify the build settings for every project I want to work with, just so that I can resign it.

I rebuilt the resign tool, and copied it to my Applications directory, so that I don’t have to open it in Xcode.