Ruby: How to load a file into interactive ruby console (IRB)?

I am using IRB (interactive ruby console) to learn how to program with Ruby. How do I load a file into the console if I write my programs in a text editor first?

If you only need to load one file into IRB you can invoke it with irb -r ./your_file.rb if it is in the same directory.

This automatically requires the file and allows you to work with it immediately.

Using ruby 1.9.3 on Ubuntu 14.04, I am able to load files from the current directory into irb with the following command line:

The key piece that wasn’t obvious for me when I had this problem is the -I option. Once you do that, you can call require 'foo.rb' from within irb for any files in the current directory. And of course, you can specify any directory you want, not just . with the -I option. To include multiple directories on the load path, separate them with a colon (:), e.g.:

This command will add the directories foo, bar, and baz to ruby’s load path.

The final alternative is to use the relative or absolute path to the file when using require or -r to load a file:

or from within irb:

This is assuming that ruby_file.rb is in the same directory. Adjust accordingly.

It depends on your ruby. Ruby 1.8 includes your current path, while ruby 1.9 does not. Evaluate $: to determine if your path is included or not. So in ruby 1.9 you must use the entire path, which is always a safe bet.

Then you can use require or load to include the file.

require does not require you to add the suffix of the file when trying to find it and will only include the file once. require should be used instead of load most of the time.

Check out Adding a directory to $LOAD_PATH (Ruby) if you are going to be using ruby 1.8

Type the ruby codes in the text editor

Save it with the extension .rb (for example: demo.rb). 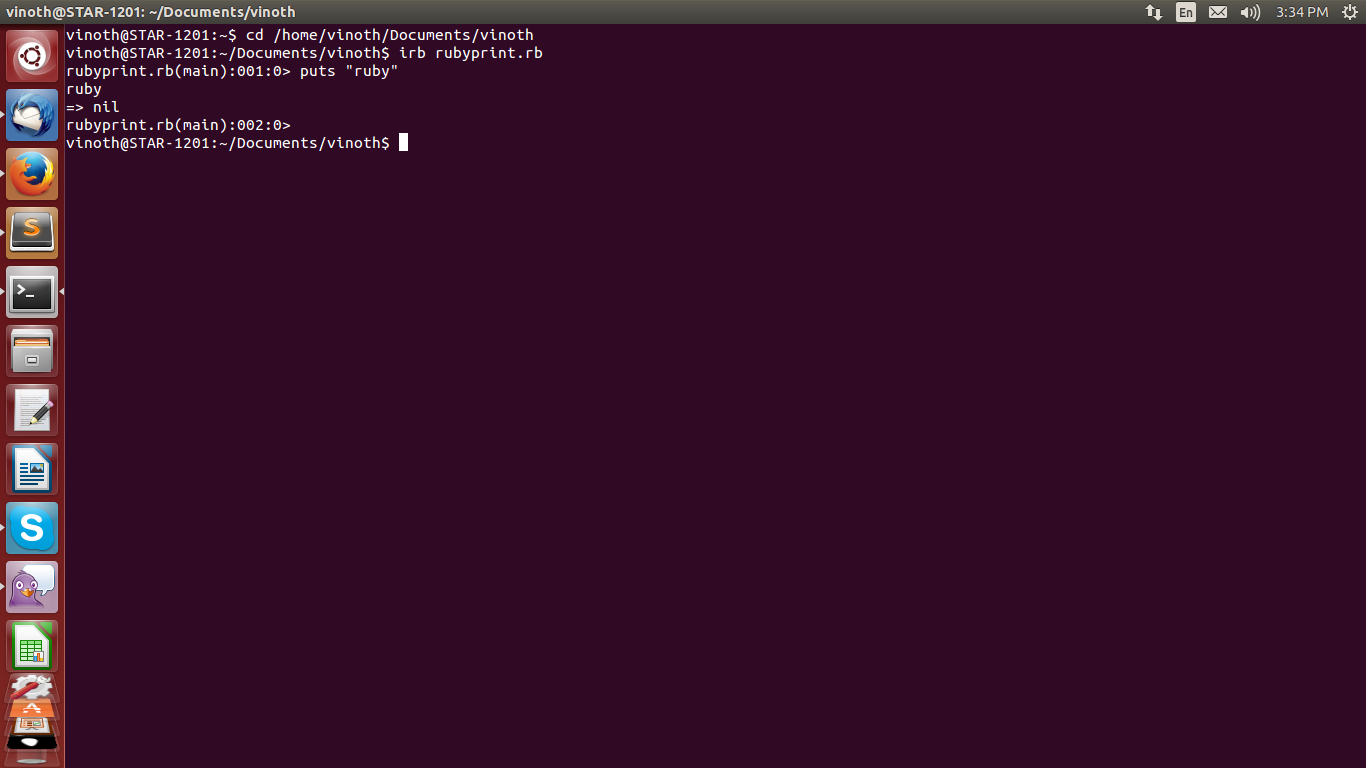 In that image,I loaded a simple ruby file which only prints “ruby”.

Another way to load the path into irb is just type require then drag and drop the file into the terminal.?
-tested using Linux Mint.

Error installing rubyMine, no SDK specified, but it is listed

Questions: Getting “Could not install gems:no SDK specified” when trying to run any command such as starting the rails server. Why am I getting this and how can I get around it? I’ve...

Count instances of a value in an array in Ruby 1.8.6

Previous article
MySQL vs PostgreSQL? Which should I choose for my Django project?
Next article
Lazy var giving 'Instance member can not be used on type' error