The Use of Multiple JFrames: Good or Bad Practice? [closed]

I’m developing an application which displays images, and plays sounds from a database. I’m trying to decide whether or not to use a separate JFrame to add images to the database from the GUI.

I’m just wondering whether it is good practice to use multiple JFrame windows?

I’m just wondering whether it is good practice to use multiple JFrames?

There are any number of ways of displaying many elements in one GUI, e.g.:

But if those strategies do not work for a particular use-case, try the following. Establish a single main JFrame, then have JDialog or JOptionPane instances appear for the rest of the free-floating elements, using the frame as the parent for the dialogs.

In this case where the multiple elements are images, it would be better to use either of the following instead: 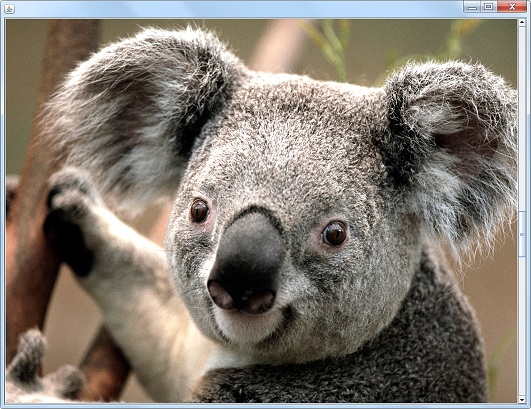 The multiple JFrame approach has been something I’ve implemented since I began programming Swing apps. For the most part, I did it in the beginning because I didn’t know any better. However, as I matured in my experience and knowledge as a developer and as began to read and absorb the opinions of so many more experienced Java devs online, I made an attempt to shift away from the multiple JFrame approach (both in current projects and future projects) only to be met with… get this… resistance from my clients! As I began implementing modal dialogs to control “child” windows and JInternalFrames for separate components, my clients began to complain! I was quite surprised, as I was doing what I thought was best-practice! But, as they say, “A happy wife is a happy life.” Same goes for your clients. Of course, I am a contractor so my end-users have direct access to me, the developer, which is obviously not a common scenario.

So, I’m going to explain the benefits of the multiple JFrame approach, as well as myth-bust some of the cons that others have presented.

I’ve written a lot and I feel like I could write more. Anyways, I hope I don’t get down-voted simply because it’s an unpopular opinion. The question is clearly a valuable one and I hope I’ve provided a valuable answer, even if it isn’t the common opinion.

A great example of multiple frames/single document per frame (SDI) vs single frame/multiple documents per frame (MDI) is Microsoft Excel. Some of MDI benefits:

SDI (Single-Document Interface, i.e., every window can only have a single document): 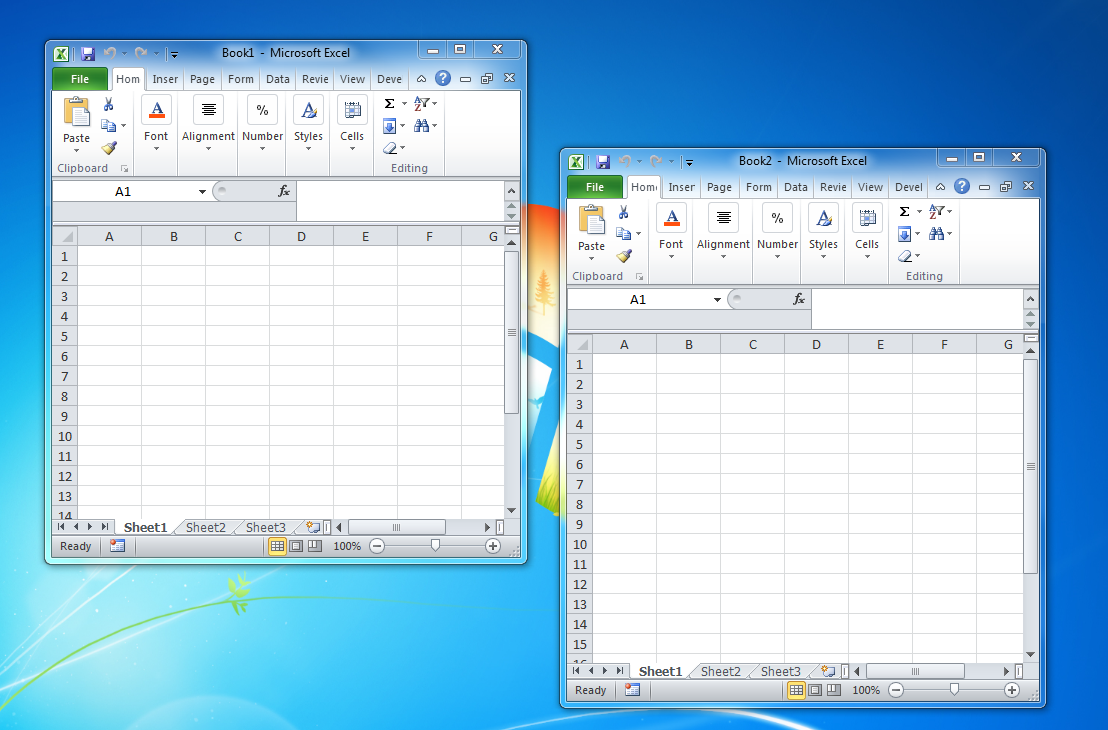 MDI (Multiple-Document Interface, i.e., every window can have multiple documents): 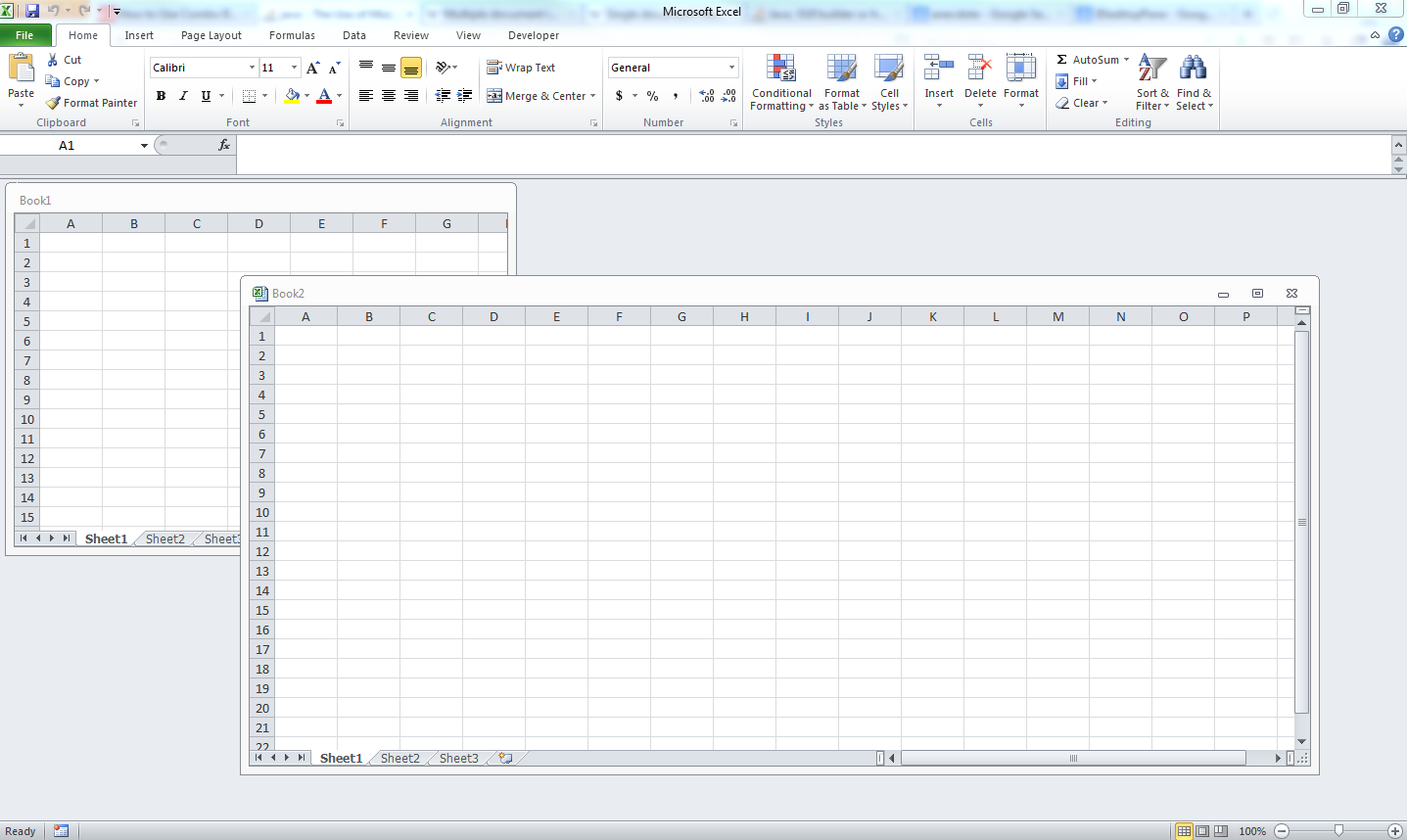 I’d like to counter the “not user friendly” argument with an example that I have just been involved with.

In our application we have a main window where the users run various ‘programs’ as separate tabs. As much as possible we have tried to keep our application to this single window.

One of the ‘programs’ they run presents a list of reports that have been generated by the system, and the user can click on an icon on each line to pop open a report viewer dialog. This viewer is showing the equivalent of the portrait/landscape A4 page(s) of the report, so the users like this window to be quite big, almost filling their screens.

A few months ago we started getting requests from our customers to make these report viewer windows modeless, so that they could have multiple reports open at the same time.

For some time I resisted this request as I did not think this was a good solution. However, my mind was changed when I found out how the users were getting around this ‘deficiency’ of our system.

They were opening a viewer, using the ‘Save As’ facility to save the report as a PDF to a specific directory, using Acrobat Reader to open the PDF file, and then they would do the same with the next report. They would have multiple Acrobat Readers running with the various report outputs that they wanted to look at.

So I relented and made the viewer modeless. This means that each viewer has a task-bar icon.

When the latest version was released to them last week, the overwhelming response from them is that they LOVE it. It’s been one of our most popular recent enhancements to the system.

So you go ahead and tell your users that what they want is bad, but ultimately it won’t do you any favours.

Make an jInternalFrame into main frame and make it invisible. Then you can use it for further events.

It’s been a while since the last time i touch swing but in general is a bad practice to do this. Some of the main disadvantages that comes to mind:

Bad practice definitely. One reason is that it is not very ‘user-friendly’ for the fact that every JFrame shows a new taskbar icon. Controlling multiple JFrames will have you ripping your hair out.

Personally, I would use ONE JFrame for your kind of application. Methods of displaying multiple things is up to you, there are many. Canvases, JInternalFrame, CardLayout, even JPanels possibly.

i think using multiple Jframes is not a good idea.

Instead we can use jpanels more than one or more jpanel in the same jframe.

also we can switch between this jpanels .so it give us freedom to display more than on thing in the jframe.

for each jpanel we can design different things and all this jpanel can be displayed on the single jframe one at a time.

If the frames are going to be the same size, why not create the frame and pass the frame then as a reference to it instead.

When you have passed the frame you can then decide how to populate it. It would be like having a method for calculating the average of a set of figures. Would you create the method over and over again?

Previous article
How do I join two lists in Java?
Next article
Difference between <? super T> and <? extends T> in Java