I was looking at the source of sorted_containers and was surprised to see this line:

Here load is an integer. Why use bit shift in one place, and multiplication in another? It seems reasonable that bit shifting may be faster than integral division by 2, but why not replace the multiplication by a shift as well? I benchmarked the the following cases:

and found that #3 is consistently faster than other alternatives: 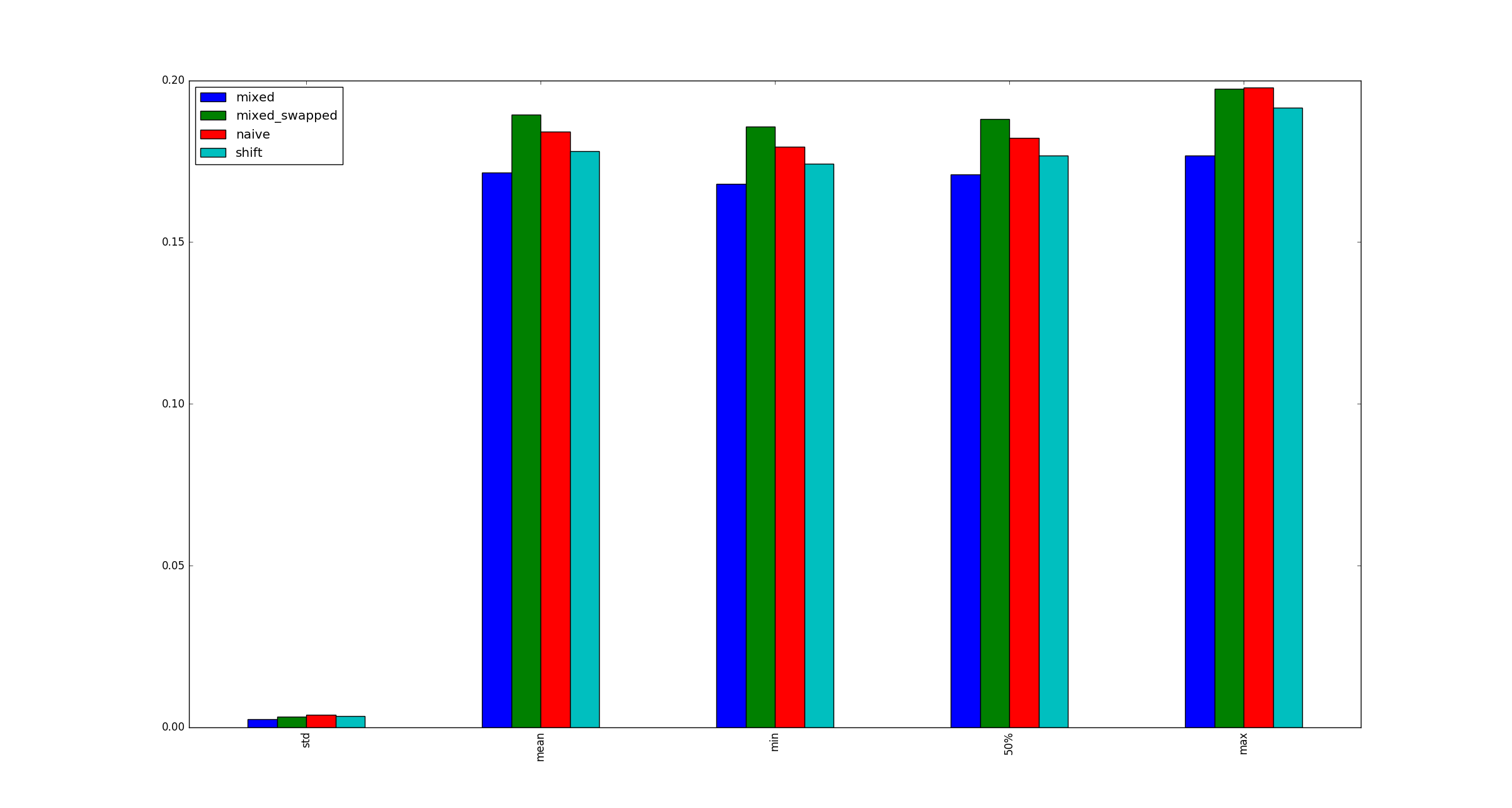 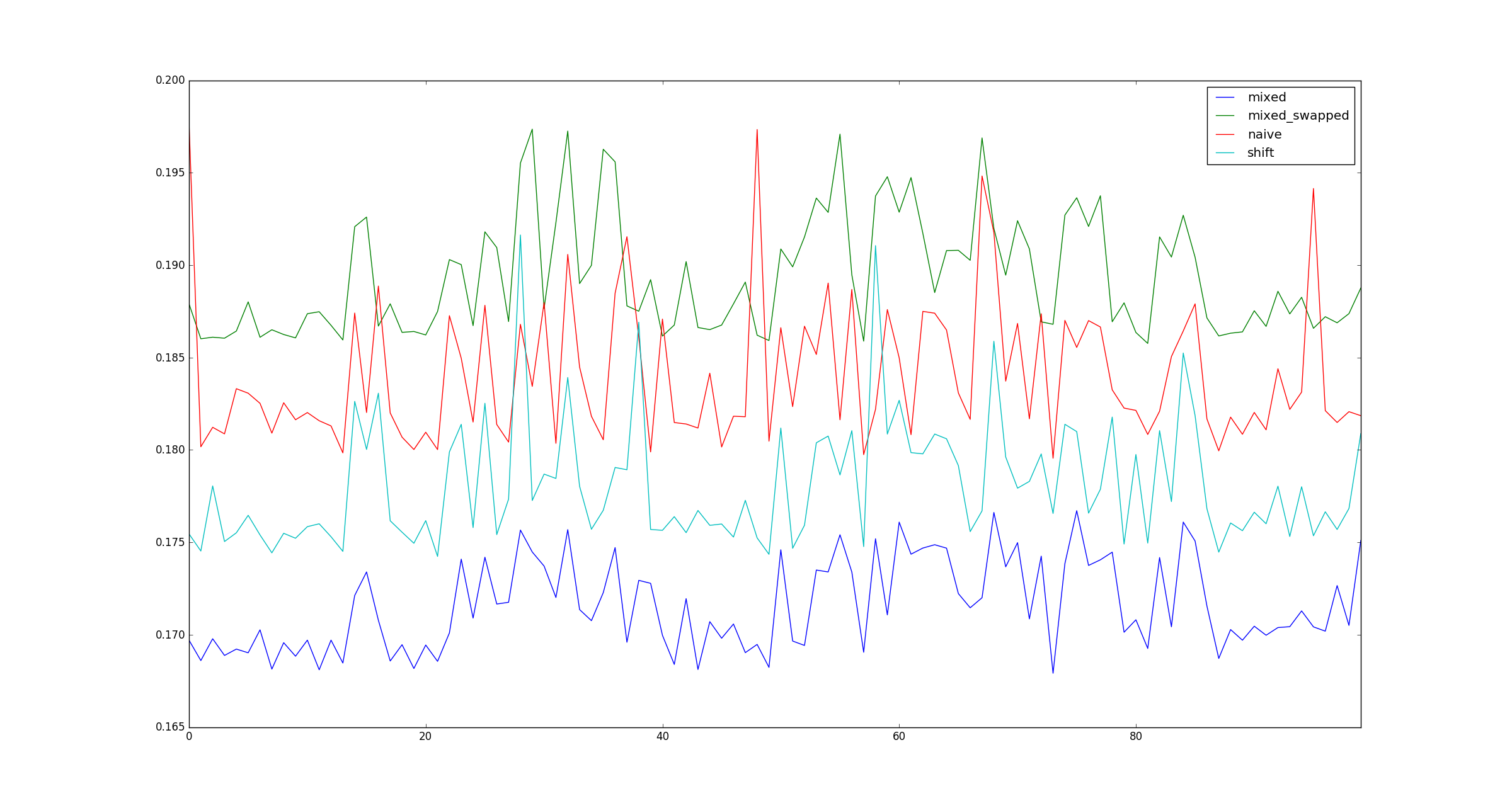 Is my test valid? If so, why is (multiply, shift) faster than (shift, shift)?

Above is the original statement of the question. Dan Getz provides an excellent explanation in his answer.

For the sake of completeness, here are sample illustrations for larger x when multiplication optimizations do not apply. 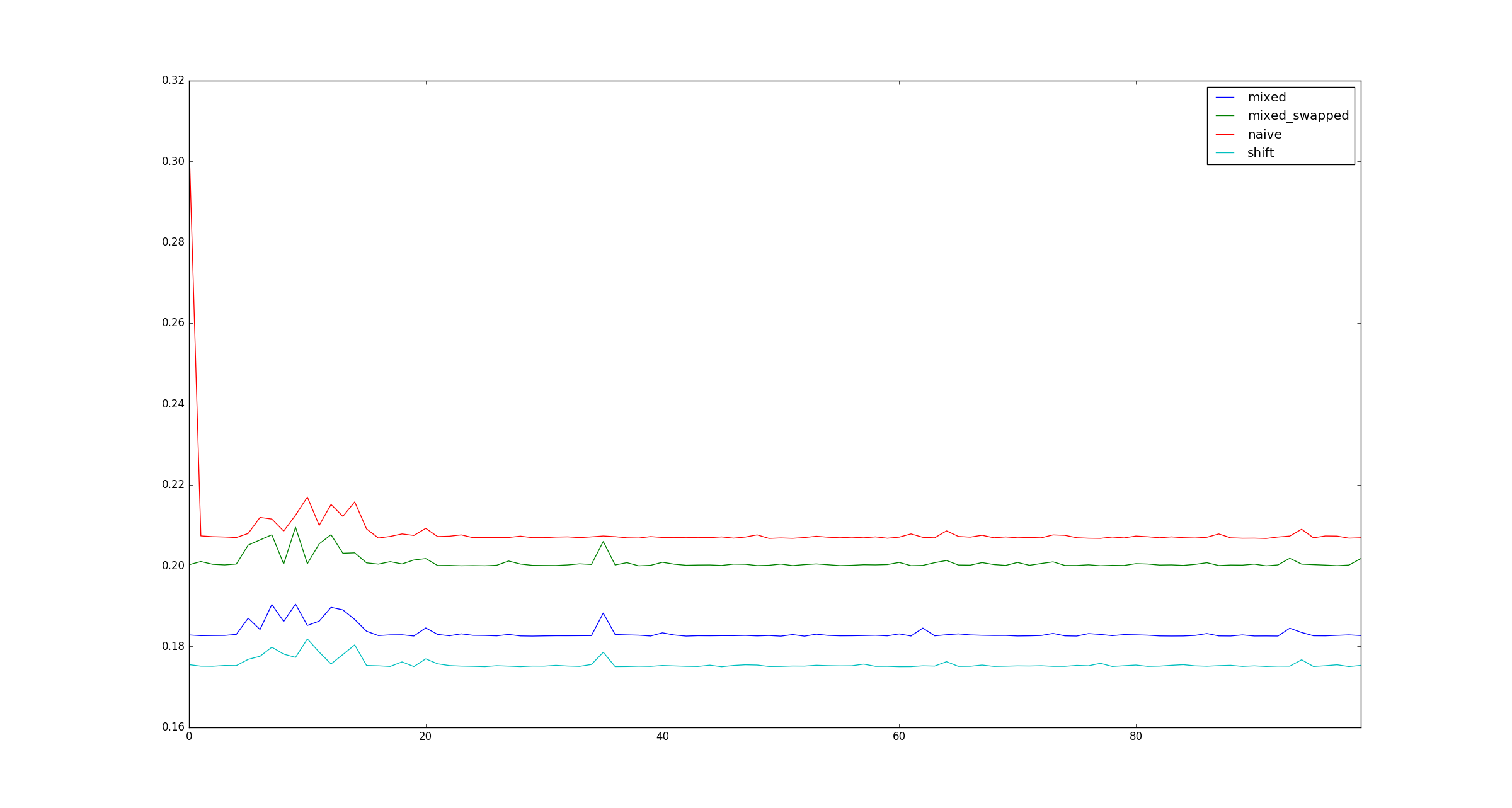 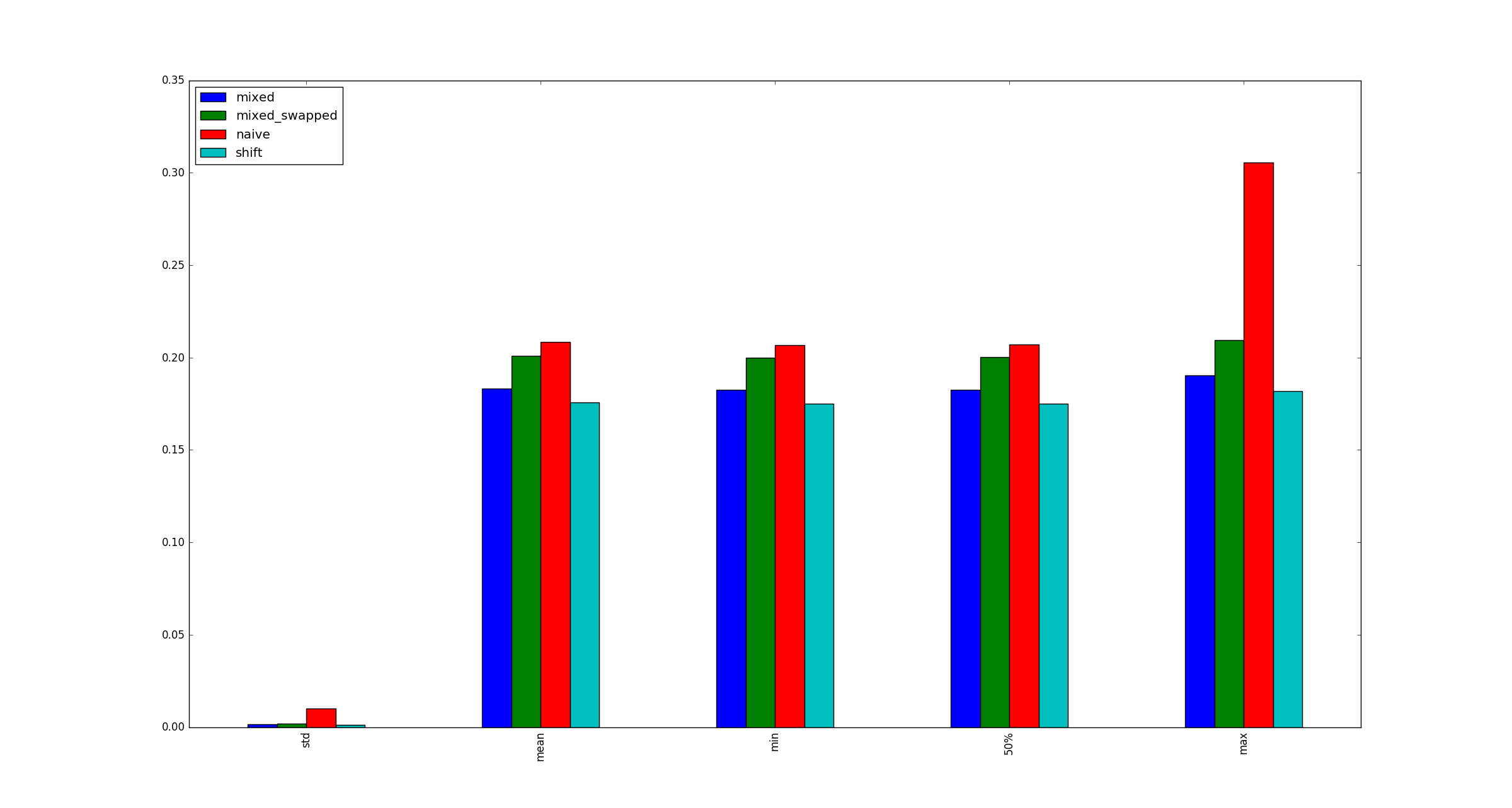 This seems to be because multiplication of small numbers is optimized in CPython 3.5, in a way that left shifts by small numbers are not. Positive left shifts always create a larger integer object to store the result, as part of the calculation, while for multiplications of the sort you used in your test, a special optimization avoids this and creates an integer object of the correct size. This can be seen in the source code of Python’s integer implementation.

Because integers in Python are arbitrary-precision, they are stored as arrays of integer “digits”, with a limit on the number of bits per integer digit. So in the general case, operations involving integers are not single operations, but instead need to handle the case of multiple “digits”. In pyport.h, this bit limit is defined as 30 bits on 64-bit platform, or 15 bits otherwise. (I’ll just call this 30 from here on to keep the explanation simple. But note that if you were using Python compiled for 32-bit, your benchmark’s result would depend on if x were less than 32,768 or not.)

When an operation’s inputs and outputs stay within this 30-bit limit, the operation can be handled in an optimized way instead of the general way. The beginning of the integer multiplication implementation is as follows:

So when multiplying two integers where each fits in a 30-bit digit, this is done as a direct multiplication by the CPython interpreter, instead of working with the integers as arrays. (MEDIUM_VALUE() called on a positive integer object simply gets its first 30-bit digit.) If the result fits in a single 30-bit digit, PyLong_FromLongLong() will notice this in a relatively small number of operations, and create a single-digit integer object to store it.

In contrast, left shifts are not optimized this way, and every left shift deals with the integer being shifted as an array. In particular, if you look at the source code for long_lshift(), in the case of a small but positive left shift, a 2-digit integer object is always created, if only to have its length truncated to 1 later: (my comments in /*** ***/)

You didn’t ask about the worse performance of integer floor division compared to right shifts, because that fit your (and my) expectations. But dividing a small positive number by another small positive number is not as optimized as small multiplications, either. Every // computes both the quotient and the remainder using the function long_divrem(). This remainder is computed for a small divisor with a multiplication, and is stored in a newly-allocated integer object, which in this situation is immediately discarded.

Questions: I am trying to do POS tagging using the spaCy module in Python. Here is my code for the same from spacy.en import English, LOCAL_DATA_DIR import spacy.en import os data_dir = os.environ.get...

Can I find an element using regex with Python and Selenium?

Questions: I need to click a dropdown list and click a hidden element with in it. the html will be generated by javascript and I won’t know the id or class name but I will know it will have a ph...

Questions: I’m building a web page to show articles. In my database, I have to attributes, one of which is used to put Markdown code and the other to save HTML code converted from the Markdown c...