Tips for using Vim as a Java IDE? [closed]

Being that it’s mainly a text editor and not an IDE, has anyone got tricks for me to make it easier when developing Java apps?

Some questions I have:

Anything else (other than “Don’t do it!”) that I should know about?

I’ve been a Vim user for years. I’m starting to find myself starting up Eclipse occasionally (using the vi plugin, which, I have to say, has a variety of issues). The main reason is that Java builds take quite a while…and they are just getting slower and slower with the addition of highly componentized build-frameworks like maven. So validating your changes tends to take quite a while, which for me seems to often lead to stacking up a bunch of compile issues I have to resolve later, and filtering through the commit messages takes a while.

When I get too big of a queue of compile issues, I fire up Eclipse. It lets me make cake-work of the changes. It’s slow, brutal to use, and not nearly as nice of an editor as Vim is (I’ve been using Vim for nearly a decade, so it’s second nature to me). I find for precision editing—needing to fix a specific bug, needing to refactor some specific bit of logic, or something else…I simply can’t be as efficient at editing in Eclipse as I can in Vim.

This makes ^wf on a classname a very nice feature for navigating a large project.

So anyway, the skinny is, when I need to add a lot of new code, Vim seems to slow me down simply due to the time spent chasing down compilation issues and similar stuff. When I need to find and edit specific sources, though, Eclipse feels like a sledge hammer. I’m still waiting for the magical IDE for Vim. There’s been three major attempts I know of. There’s a pure viml IDE-type plugin which adds a lot of features but seems impossible to use. There’s eclim, which I’ve had a lot of trouble with. And there’s a plugin for Eclipse which actually embeds Vim. The last one seems the most promising for real serious Java EE work, but it doesn’t seem to work very well or really integrate all of Eclipse’s features with the embedded Vim.

Things like add a missing import with a keystroke, hilight code with typing issues, etc, seems to be invaluable from your IDE when working on a large Java project.

You may want to consider tools for other vim+java purposes, like code templates (snippetEmu—default snippets suck, but customizability shines), searching for usages and going to declarations (eclim, grep, ctags), generating getters and setters (java_getset, or eclim), automatic imports (eclim). You might also need a java shell for quick experiments (the BeanShell, a.k.a. bsh).

I have just uploaded this Vim plugin for the development of Java Maven projects.

And don’t forget to set the highlighting if you haven’t already: 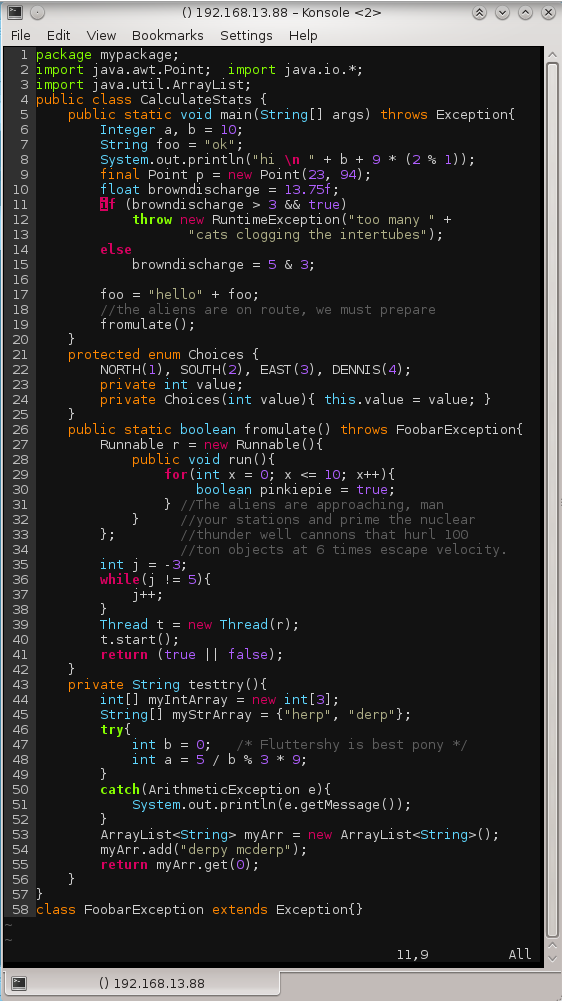 I found the following summary very useful: http://www.techrepublic.com/article/configure-vi-for-java-application-development/5054618. The description of :make was for ant not maven, but otherwise a nice summary.

I know this is quite a few years later but here are some interesting plugins. I have not tried either of these yet so YMMV.

EDIT: Oh an BTW, i’ve tried eclim off and on, but the reason I like vim is its lightness. Executing eclipse even on headless mode is just too much mental lifting for me.

EDIT2: I’ve been using playframework lately and this will probably work with maven builds too:

“play_compile” is just a compile script. It uses SBT so Maven should work just fine here. Even direct javac will work. This way, you can use VIM”s quickfix buffer (:cnext, :clist: cprev, etc).

You’ll have it all (with some plugins).

Btw, snippetsEmu is a nice tool for coding with useful snippets (like in TextMate). You can use (or modify) a pre-made package or make your own.