My objective is to create a tabbed application, then the view for each of the tabs are constructed in separate storyboards. 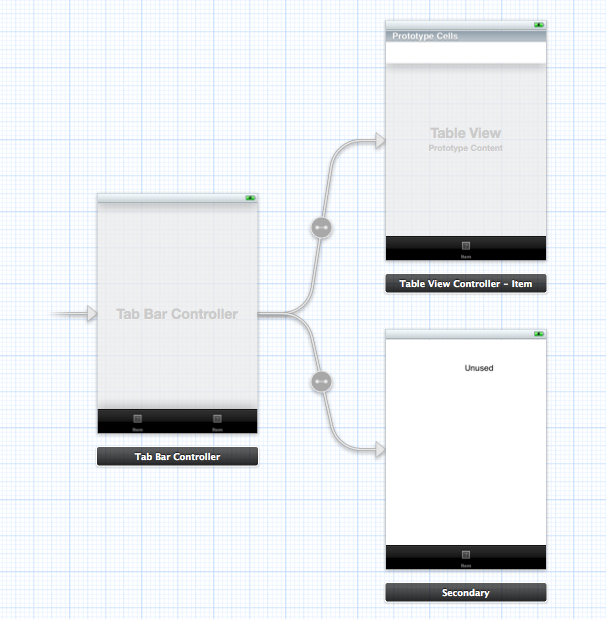 My mainstoryboard is a tab view.

Then I create a secondary storyboard (storyboard#2) with 2 View Controllers. The first view controller (also ticked as initial) have a button, and segue (modal) to 2nd view. 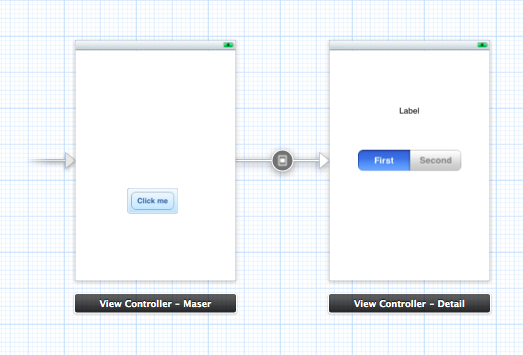 I managed to load the view by subclassing and overriding loadView from storyboard#2. 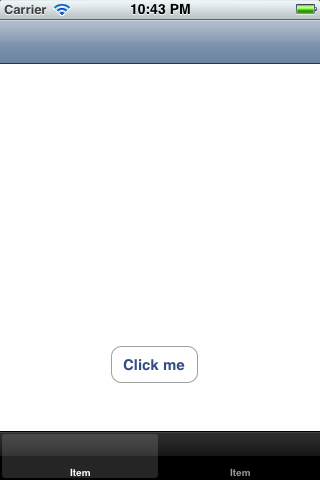 When click on the “click me” button, I get a EXC_BAD_ACCESS. The segue does not work, seems like the second storyboard is not being loaded completely.

Has anyone tried to do this before and get it working? There’s a youtube video from SkillMaster.net but he does not demonstrate if a segue is working under the secondary storyboard. the video is here: http://youtu.be/D4_twoYvB4M

Thanks for any input and help!

These are the best articles I’ve seen on multiple storyboards.

Not only does this guy tell you how to create a new storyboard in code, he

Note that this last point is important because the key downside of multiple storyboards is that you can’t usually link them with segues, but robs library allows that with a bit of fudging

The OP edited his question to include the answer:

Of course, where you call this from is meaningful, because you might have 2 storyboards and their view stack in memory. So probably best if you call this code from outside the other storyboard’s view controllers.

I’ve examined the RBStoryboardLink approach suggested by Rhubarb.
This implementation substitutes view controller’s properties which looks odd. I believe I’ve found the way to avoid this. Here is the demo project.

ExternViewController is used as a placeholder and contains required for substitution properties (storyboardName and sceneIdentifier).

From one of my XIB files I am navigating into a more complicated part of the GUI, and for this part I am using a Storyboard. So a button in my XIB will navigate to the storyboard. The code I have for this is:

This will successfully push my StoryBoard onto the view. The code above is called from a buttons “Touch Up Inside” action.

As from Xcode 7(and ported back to iOS8) you can now have storyboard references. It was mentioned in this WWDC 2015 session(it starts talking about them around first hour). Basically all you had to do is select ViewController’s which you wish to move to separate storyboard, and click on Editor->Refactor to Storyboard…. Give it a name and voila: 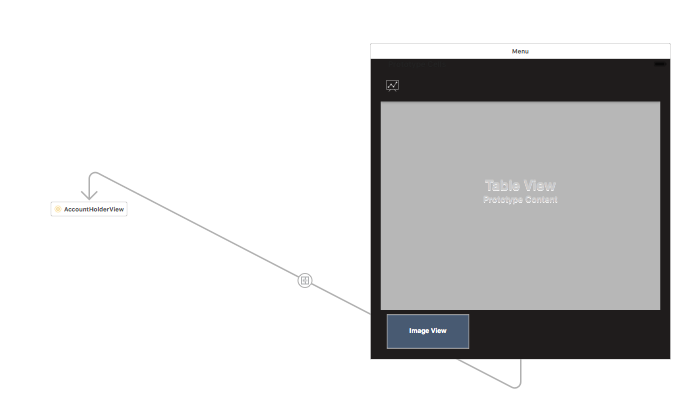 Please note that if you had VC’s which are moved to the new storyboard, and are not referenced outside of it(what it should be), you should delete their references from main.storyboard(relax they will remain in newly created storyboard, you are deleting only references to them).

Apple’s docs say that you may have multiple storyboards. Unfortunately they don’t go into any real detail on how to do that. As you’ve found out, Interface Builder won’t help you, so you’ll have to do it in code. It works much like loading XIBs:

Having said that, if you don’t “want one big/bloated storyboard” as you said in your comment then XIBs really are the way to go. That ‘bigness’ is the benefit: all the transitions between VCs are laid out in one place. Having multiple storyboards is really so that you can support multiple different and unrelated flows through your app: for example, one storyboard for a complex configuration flow and another one for the main user flow.

I’ve found that if you have a named segue in a second storyboard that you want to use in a call to performSegueWithIdenitfier: you must set the “Storyboard ID” field in the “Identity” tab on the source ViewController.

For example if you gave a VC called “ViewController1” with a segue called “segue1” to another VC, set the “Storyboard ID” of “ViewController1” to whatever (say “viewC1″ or something) and then in ViewController1.m you can use [self performSegueWithIdentifier:@”segue1” sender:self].

You can reference a view controller in an external storyboard. 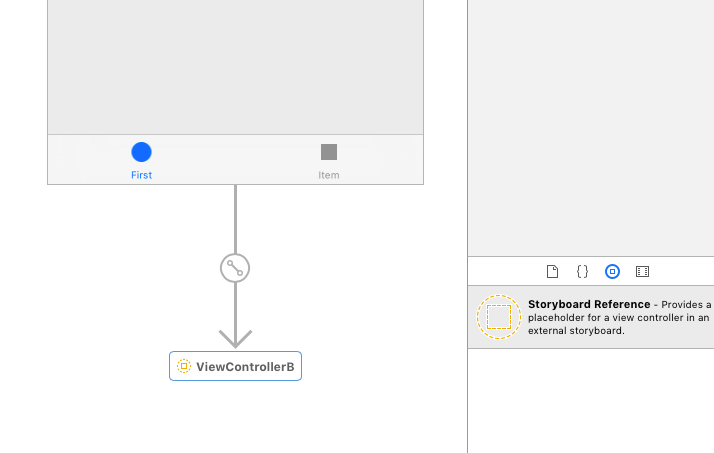 drag a connection from the UITabBarController to the external Storyboard Reference, add it as a “view controllers” relationship. In the main storyboard it shows as “Item/square”, but in the external storyboard you should add a UITabBarItem and define the name and image/s for the tab.

Attributes inspector when the Storyboard Reference is selected.

You will also need to give the external controller a “Storyboard ID” in its storyboard (not shown here), and reference it’s name in the reference.

Previous article
Poorly-balanced socket accepts with Linux 3.2 kernel vs 2.6 kernel
Next article
Creating a reusable UIView with xib (and loading from storyboard)