What Product Flavor does Android Studio build by default in build.gradle?

On the lower left of the Studio window there’s a docked view called “Build Variants”.

Open it and choose whichever variant you want to work on. This will impact which variant is built but also the enabled source folders, which will drive completion in code and resources editors.

Currently there appears to be no way to select default flavor. There is a feature request in Android Issue Tracker for it:

You can star/vote the request, so it gets higher priority on Android development tools backlog.

The ability to specify a default build variant has just been added, see feature request:

The heuristic for projects using older AGP and projects without
explicit settings has also been updated to favour variants with the
build type debug, as described in the commit message.”

You can list all gradle tasks by gradlew tasks 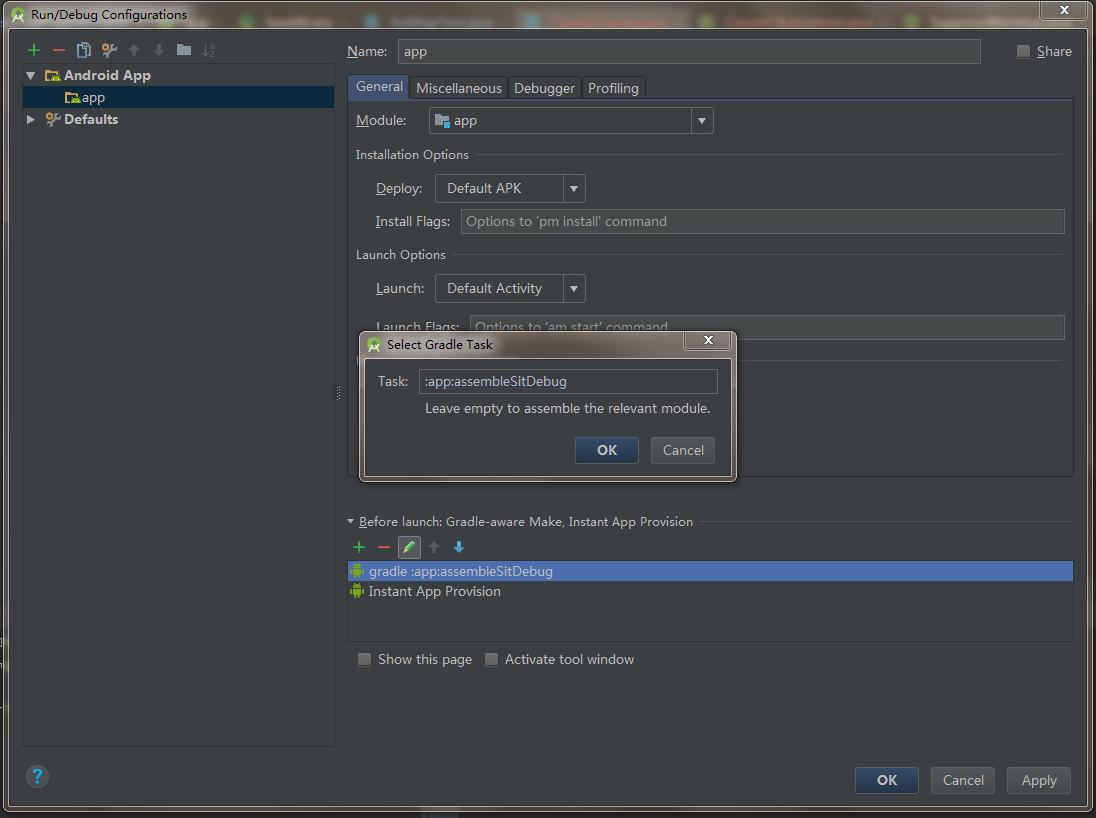