Where is my file in Android application(Xamarin)?

I wrote a test Android app in Xamarin, where sample data was stored in a file. Somehow I copied test data file to emulator, successfully run the app and forgot about the project for couple of months.

Now I am resuscitating the project and – I can’t find the file in Android Device Manager although it is still accessible in the emulator. It drives me nuts, I need to edit it!

Perhaps someone can point me to the right way to locate the file. Thanks!

Following is the code fragment that reads the file. I added debug output in the comments after each relevant line

Question – where is it?

Following is the screenshot of Android Dev.Manager View and Device definition with SIM card 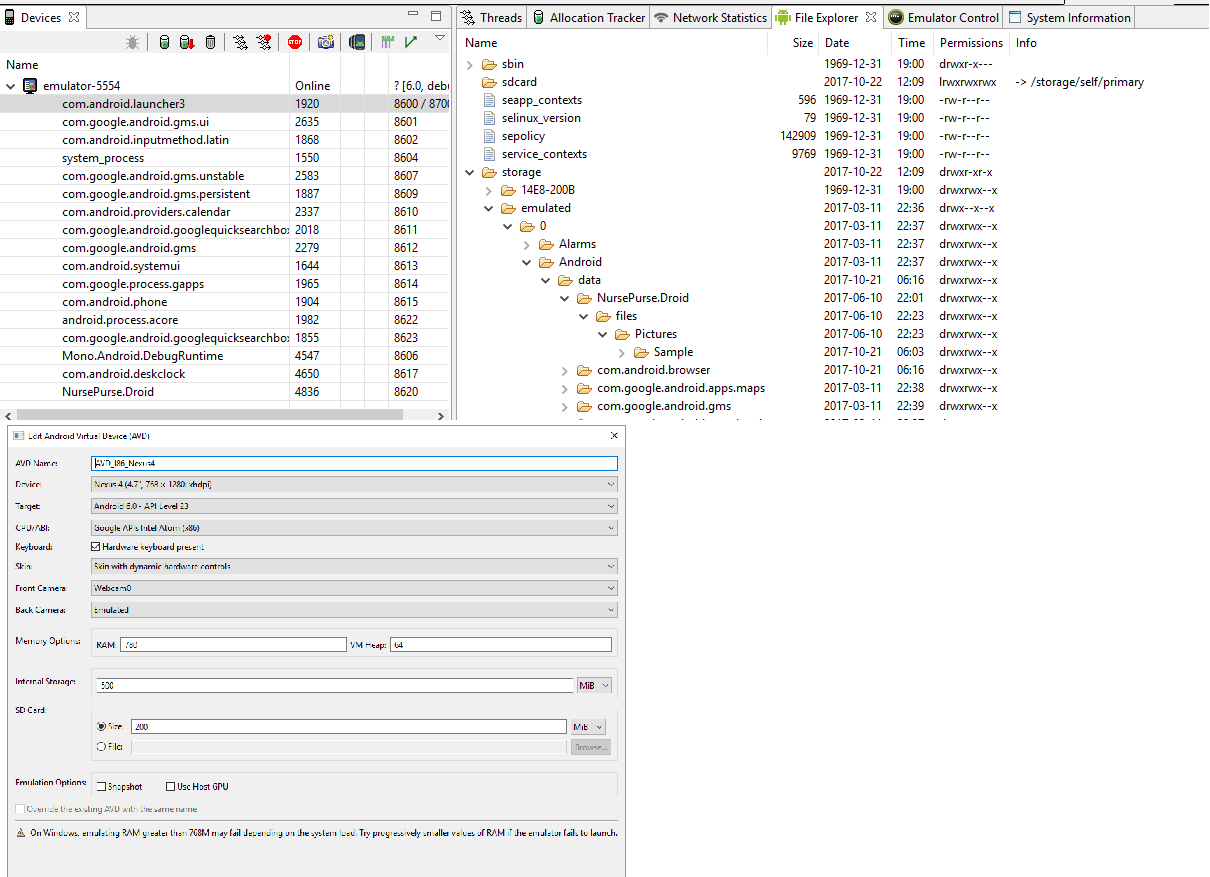 Previous article
Node.js push in to array not working inside the loop
Next article
First time click on context item not work